What Does It Take to Create a Monster?

It’s no secret that monsters have lasting popular appeal in entertainment content like movies and games, despite their often grotesque and frightening depictions. Defined as unusual beings with overwhelming power, they can be commonly found in various fictional universes from Godzilla, Pacific Rim, to Dark Souls.

Virtuos Chengdu held a Monster Jam design contest to explore what it takes to design and produce monstrous characters with the ability to wreak havoc on screens, both big and small.

The contest concluded on 5 July and the winning entry was determined through internal voting. Titled ‘Reimagined Kraken’, the winners are Chen, Lead Artist, Art Concept, and Jin, Senior Artist, Art Character, both based in Virtuos Chengdu. 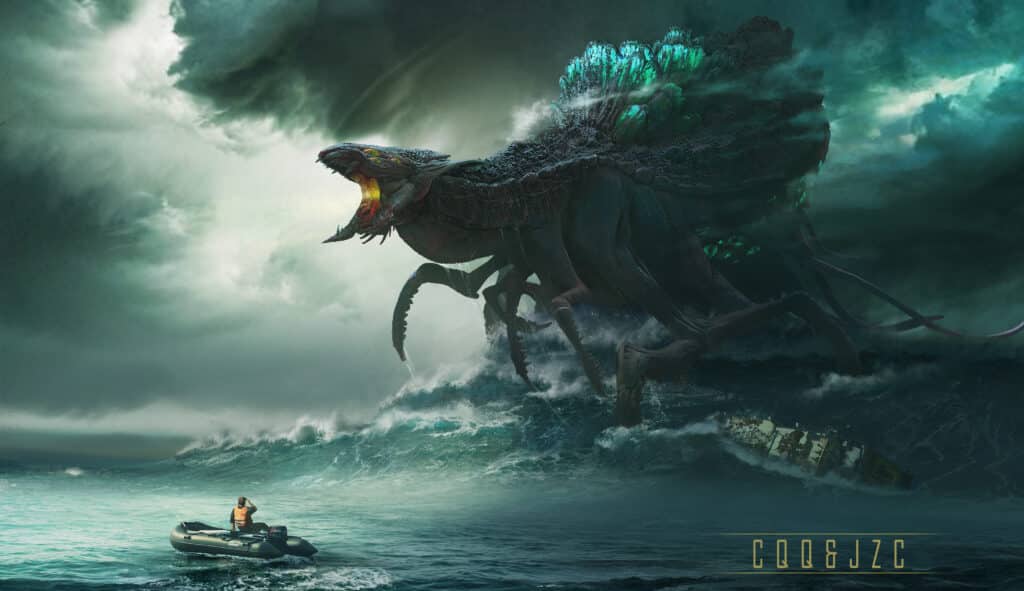 “I was impressed not only by our winning artists’ design and artistry, but also their project management skills. During the early stages of the contest, they did a great job in planning the composition of their final product, which helped them to effectively save time in design and 3D production. Meanwhile, the 3D assets they created were very useful for the final showcase piece. The resulting product perfectly demonstrated the artists’ skills in photobashing and environmental previsualization – it’s no surprise they won the most number of votes,” said Liu, Art Director, Art Concept, Virtuos Chengdu.

“The 3D model of the monster focused on the details of its head and mouth, and its relaxed limbs and abdomen highlighted its mutated characteristics. From the monster’s open mouth, the viewer can imagine the monster’s impending spew of poisonous mucus. Overall, the 3D model was well thought-out and integrated wonderfully into the background. The character artist evidently had a good understanding of the concept artist’s intentions, and this demonstrated good teamwork between the two artists,” said Li, Art Director, Art Character, Virtuos Chengdu. 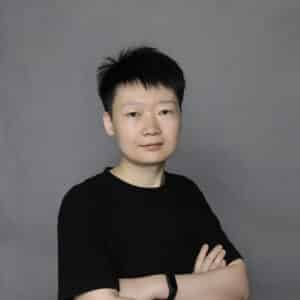 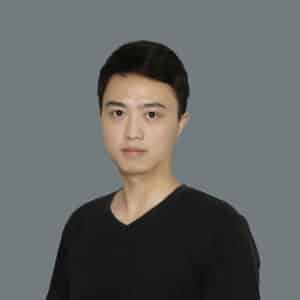 In this Expert Talks installment, Jin (left above) and Chen (right above) take us through the process of original character design and how they reconceptualized the kraken.

Chen and Jin: In recent times, there has been news about the discharge of nuclear wastewater into the ocean and the resulting potential impact on marine life. It got us thinking about the deepest part of the ocean, where humans rarely set foot in and unusual creatures exist. Due to humans’ apathy and years-long wanton destruction of the environment, the marine food chain have been radically altered and is facing an unprecedented crisis.

We can reasonably imagine that deep sea creatures would need to migrate and break through warm water in search for food. Kraken, a mythical and enormous sea creature, might awaken and rush to sea level. It’ll create monstrous waves that capsize ships and swallow coastal land. While the kraken is usually depicted as a tentacled giant, it can be best summed up as an amalgamation of the most terrifying sea monsters that humans can dream of.

Our reimagined kraken takes inspiration from a mantis with its multiple limbs, an additional impenetrable shell on its back, multiple eyes, and oocysts on its wide abdomen. It is cruel in nature and shows no mercy when encountering food. In the face of this behemoth, humankind appears small and weak.

People who experienced the kraken’s destruction aftermath may begin to reflect on why it chose to appear before humans, despite having lived and belonging in the deepest parts of the ocean. Through investigation and biological research, it would be revealed that deep sea creatures are forced to seek food for survival due to humankind’s destruction of nature. In this case, the kraken has not only appeared for its survival, but at the behest of humans’ arrogance and ignorance.

The takeaway here is: what does it take to be a monster – in this case, is it the kraken, or humankind?

Chen: In the beginning, we asked each other, “what kind of animals do we like?”. Jin said she wanted to make a mantis-like creature, so we combined that with a lizard. A flying monkey came to mind, as it’s nimble and able to jump from tree branch to branch. After learning about the new 30-meter size requirement, we had a concept redesign. Deciding on a monster that differs from those in Pacific Rim, we were inspired by the amplification of small insects with multiple limbs. Figure 12 (most right above) is the first draft of our concept design, and I also drafted the original environment concept design (figure 11, second from right above) around the same time.

Chen: Based on the first character design draft, I fine-tuned and did the line draft, then handed it over to Jin for 3D production.

Jin: From there, I began to search for some 3D references according to our project workflow. Through the 3D modelling process, I determined the monster’s detailed characters and attack/defense functions.

Chen: Meanwhile, I created a color sketch to define tone of our concept. Some color and material reference pictures were also added to the background to help Jin get a better feel of the environment’s atmosphere.

Jin: My responsibilities on 3D work are mainly to complement and improve details in alignment with the established 2D framework and visual direction. Thanks to Chen’s clear material definition and color sketch, our 3D model production was smooth. Initially, we encountered some challenges with the lighting setting and light leakage of the model. That was overcome by the utilization of output light material and base color material, and produced as many layers as possible in Photoshop – this also provided Chen more room in adjusting for the most ideal effect in our final showcase piece.

Chen: I made some further structural changes to the monster, such as in its lower jaw and glowing dorsal fin. With some collated environment images as reference, I then utilized the layers provided by Jin to synthesize and create our final resulting piece.

Jin: At that stage, Chen was in control on producing the final effect, while keeping in mind our original intended concept design. While my part concluded by then, I supported him at the side excitedly in anticipation of our final piece!

“Congratulations to Chen and Jin for their winning entry! This was not just another showcase of their mastery in their respective disciplines, but also an exemplary partnership between concept and character artists to deliver such stunning results. And to all other participants, your efforts haven’t gone unnoticed as there were many great ideas – your creativity, passion, and team spirit is most evident. Well done, everyone!,” said Chan, Art Studio Director, Virtuos Chengdu.

”We look forward to organizing more of such competitions for our artists to flex their creative muscles, and realize their original visions beyond Virtuos’ proven craftsmanship in the industry.” 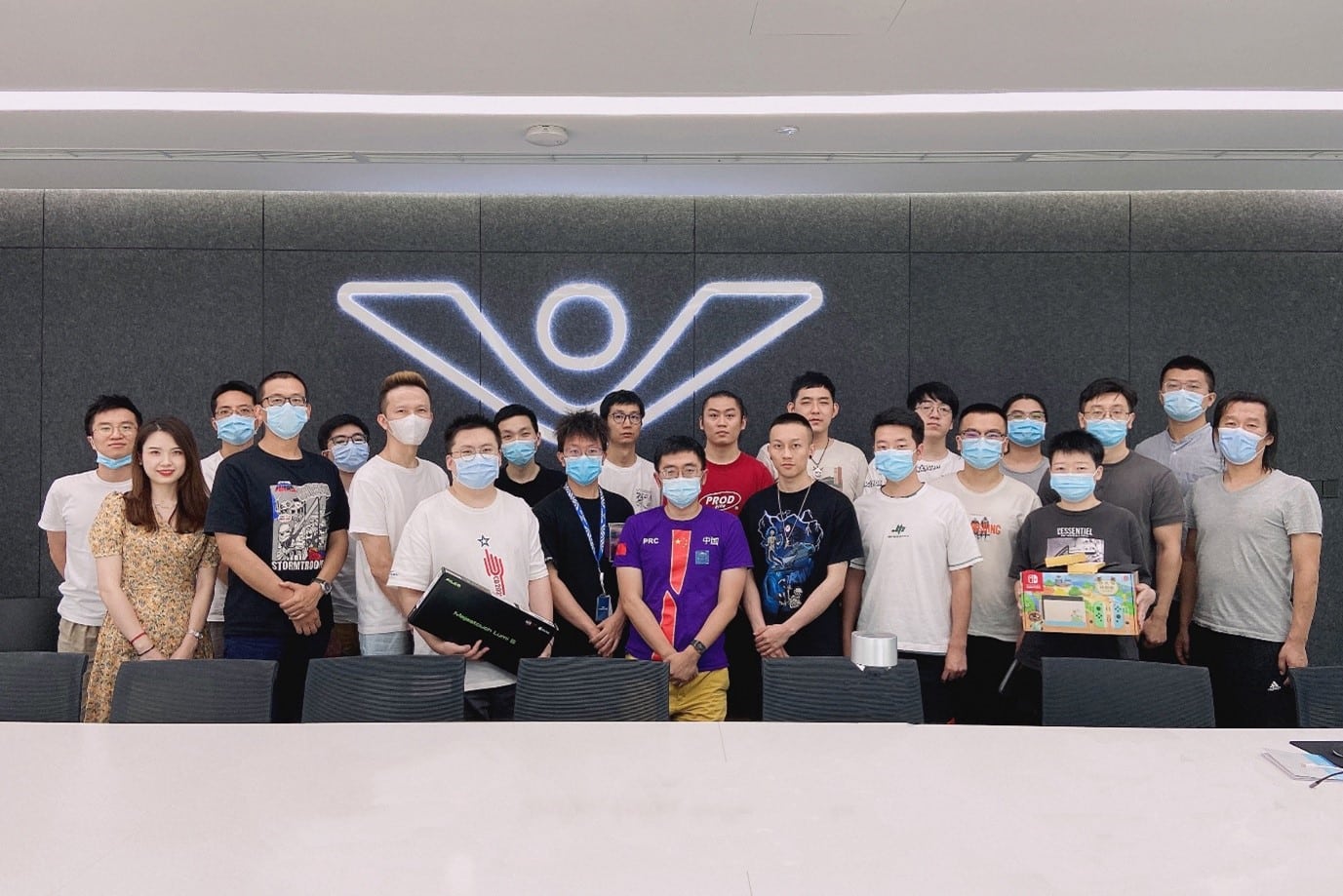 Congratulations again to Chen and Jin on their winning Monster Jam entry of ‘Reimagined Kraken’. At Virtuos, our passionate art production specialists are constantly breaking boundaries in imagination and quality. Whether it’s concept, 2D or 3D art, we ensure continuous training and improvements to the best tools and technology available in the industry.