The second in a series of regular articles highlighting learnings and best practice from Virtuos’ global development, Art and VFX teams.

In this instalment, Richard Turek, Senior Producer, talks in depth about how the collaboration, teamwork and excellent communications lead to multiple successful co-development projects between Virtuos and its partners.

Few producers and developers can claim to work in one organisation on the development of multiple titles as diverse and prestigious as Batman: Return to Arkham, Assassin’s Creed: Ezio Collection and the Final Fantasy XII The Zodiac Age – but that’s the case with Richard Turek, with many more AAA titles to come.

There’s a strong appetite from the world’s biggest games studios to want to make bigger, deeper, better games, through parallel development on multi- platforms, full level design, downloadable content packages – or resurrect classis titles through remakes on new platforms. Either way, Richard and the games teams have a proven process and deep expertise in the field. 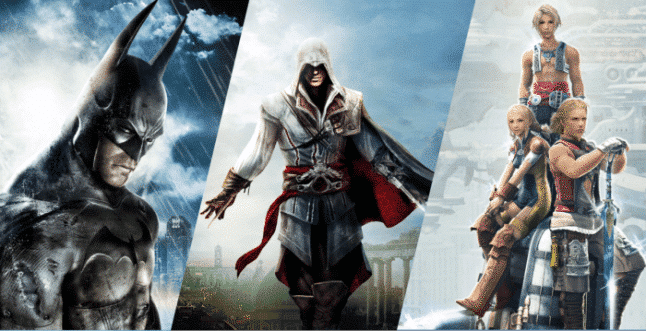 The current team of 40+ people is developing full levels and what Virtuos calls “exotic gameplay” with a top North American developer for an upcoming AAA adventure game. The game is scheduled to release autumn this year. Exotic gameplay is a term, coined a few years back, where game teams (through intelligent partnerships) can add quality, depth and substance to their projects, above and beyond what they may have scoped out with their internal resources.

There is a sense at Virtuos that its partners are seeking a lot more than a simple staffing solution for their ambitious projects, these days. They want passionate, diversely talented teams that can drive a project as hard as any internal development team, and become an integral part of the organisation and projects.

This is especially true for parallel development projects where it is not just about making Art assets, weapons, vehicles and buildings, but about true co-development,  where creative input and strategic decision—making is a collaborative process between the games companies and their external developers. 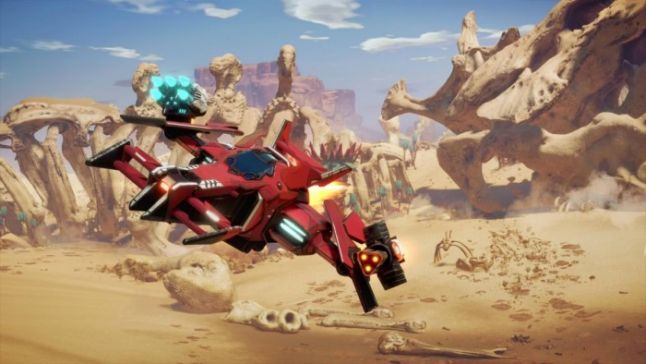 “Starlink “ – One of Virtuos’ Many Parallel Development Projects

These companies now make it clear from the beginning that they aren’t looking for a flexible talent pool, but an extension of their own development team, a partner just as dedicated as they are, to making the best game possible. The depth of the relationships reaches new levels, and with access to proprietary engines and pipelines deeply integrated between the two parties, trust is a must.

There’s a strong will that companies like Virtuos become true extensions of core dev teams.  It’s easier said than done, but there’s a real need from developers to build these long-term partnerships, because nobody wants to micro-manage 10 or 20 different vendors!  It takes time, because teams get to know each other on a different level – getting in deep on core tasks, like sharing the backlog, task progress and risk log as one team. The belief is that driving conversations across different departments: Art directors, tech directors, Design Director, leads to a greater chance of success and true integration.

Staying focussed on shared goals has also lead to a high degree of success. During the collaborative creative process, there is nothing worse than having someone respond with: “that’s going to cost more money” when something is out of the agreed scope. Everybody knows how development works and that time+ resources = money.

Game development can be fast and fluid, especially when the core teams are trying to “find the fun” to delight the end user. For success, teams should expect rounds of iteration, and must plan for it and embrace it. Obviously when changes impact deadlines, sensible dialog starts and the joint teams come up with options to achieve the best path for the game.

It’s clear the mammoth games companies know how to make great games – but companies like Virtuos know how to enable success. With over a 1,000 projects under its belt, Virtuos has seen it all! The company accesses and works with a huge amount of data, and adapts to different pipelines and genres to come up with custom solutions for each project. At the end of the day, AAA studios who want to make their games bigger while increasing their ROI will rely on major partners for their expertise in specialized game development services as well as flexible development work.

A key to successful AAA projects, can often drill down to the strength of the personal relationships, and Virtuos truly believes in the continual flow of communications, dialogue, reporting and discussions across internal and external dev teams. If this is combined with a genuine will to be flexible and adaptable, at any stage of the project, good things start to happen – but it’s truly on the developer to offer this flexibility and understanding to support the client’s needs and even pre-empt them! 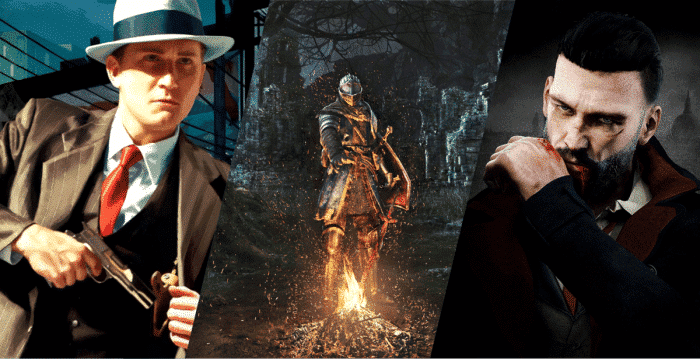 FLEXIBILITY AND THE PERSONAL TOUCH

A simple, more personal touch, is taking the time to get to know the team members. Getting to know one another, can help tremendously, as it builds deeper trust, and even friendship! Chances are there will be communication regularly with these people for the next 1 – 2 years. Being personable can help to smooth communication while still being professional. Instead of diving straight in to the agenda, spending a few short minutes amount of time catching up, builds much needed rapport.

In terms of being adaptable and flexible, Richard and his team recently completed a project that had a pre-existing, fairly unique, custom way of building levels. This process was completely new for his team whose entire experience was in traditional level building. However, they were eager to adopt to the way their partner worked so that they could integrate seamlessly in to their pipeline.

Before starting the project, Richard started with training and helping the team to adapt by getting as much documentation about it as possible, to build a list of carefully defined deliverables for each phase of the process. The next step was to collect in-game videos from previously created levels showcasing what to expect at each stage of the process. These videos helped to give a visual reference and made it much easier for everyone on the team to understand the expected requirements and work towards it. By the time the team completed their first two levels, they were experts in the process. In the coming months, production doubled in scale and the team adapted their milestones and deliverables around their partners’ pipeline.

Finally, a well-defined feedback loop can be critical to a projects success, and should not only happen at the end of the project, but throughout the whole process. To find out what is and is not working and then ask for constructive feedback helps to improve relationships and make the project go smoother.

In conclusion, the successful co-production on a game really is a matter of the co-operation and drive of several teams to do all they can, in their power, to initiate healthy collaboration and feel like one team. The “Them and Us” scenario is a long forgotten ancient history, and in this era of simple integration and easy communication, should never rear its ugly head again! 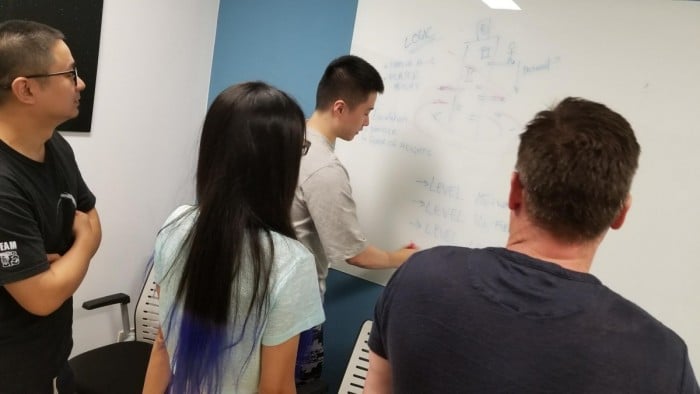 Richard has over 8-year’s game development experience. An expert on multi-platform development, project schedule management and Budget & Scope management, a seasoned leader and supervisor of large, multi-disciplined teams. With an eye for quality, detail and fun. Leading the charge to build exceptional games!