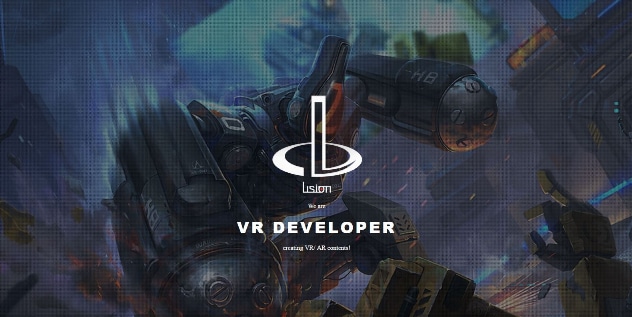 Lusionsoft, a spinoff Company from Virtuos , will take a strategic, user-first, approach to developing VR, AR and MR games and experiences.

Shanghai, China – 18 May, 2017 – Lusionsoft, an experienced startup made up of many former Virtuos senior developers and business personnel dedicated to bringing high quality VR and AR content production, announced today a pre-A round of funding totaling over RMB 12 million. The Company plans to use the funds to fuel the growth of its VR, AR and MR development and co-development businesses along with promotion and porting of its existing original IP, and imminent launch of many new games.

Investors in this round of funding include Shanghai Zhizhao Enterprise Management LLP, a joint fund created by Xuhui VC and Easy Fund, joining initial shareholders including members of the Lusionsoft management team and Virtuos, the company it spun off from.

Co-founder and CEO Pan Feng built Lusionsoft on years of understanding of the VR and Gaming industries, and on the realization that only a long-term focus on brining top quality content with the unique user experiences in mind will help the VR, AR and MR industry move forward. The team will develop game play that is user friendly and will not make users nauseous, supporting a healthy and positive adoption by gamers in this emerging form factor.

Lusionsoft plans to release two more games to be announced later in the year, and is also working in partnership with major game and experience content platforms to co-develop immersive experiences that rise the bar in terms of quality for platforms that include the HTC Vive, the Playstation VR, Microsoft’s recently announced Project Scorpio platform, as well as mobile.

“Lusionsoft is the embodiment of a long term, strategic approach to developing a successful VR content developer”. said Pan Feng. “the team’s experience in the development of original VR content, as well as its longstanding relationship with all major game and content providers for co-development make Lusionsoft an industry leader in this space.”

Pan Feng, a 20 year veteran of the game development and co-development industry who was Virtuos’ Co-Founder and Managing Director until setting up Lusionsoft, is joined by an all-star team that includes COO Xu Zhiyong, who has been shipping dozens of AAA titles for multiple platforms over a 20 year career, Creative Director Qiao Ran, a 10 year veteran who led the development of some of the most successful projects at Virtuos, Technical Art Director Steven Fo-Hing Tjoe, a 15 year industry veteran, including 12 years at Guerilla Games, BD Director Gu Liang, who oversaw business development  at Virtuos since 2012 ,and previously UBM, in charge of  the promotion for GDC and Gamerscom in China; and Art Director Qin Meng, who spent 10 years leading the art direction and production of AAA games at Virtuos for titles including Mission Impossible 4, Iron Man 2 and Star Wars.

Virtuos, in its commitment to setting the standard for AAA videogame content production, is proud to support Lusionsoft and its team to continue expand industry expertise in tools, techniques and proprietary engines.

Lusionsoft was founded in October 2016, bringing together some of the best and most experienced creative and production talent in the industry with a mission to develop AR, VR and MR games and experiences that stand out by their quality.