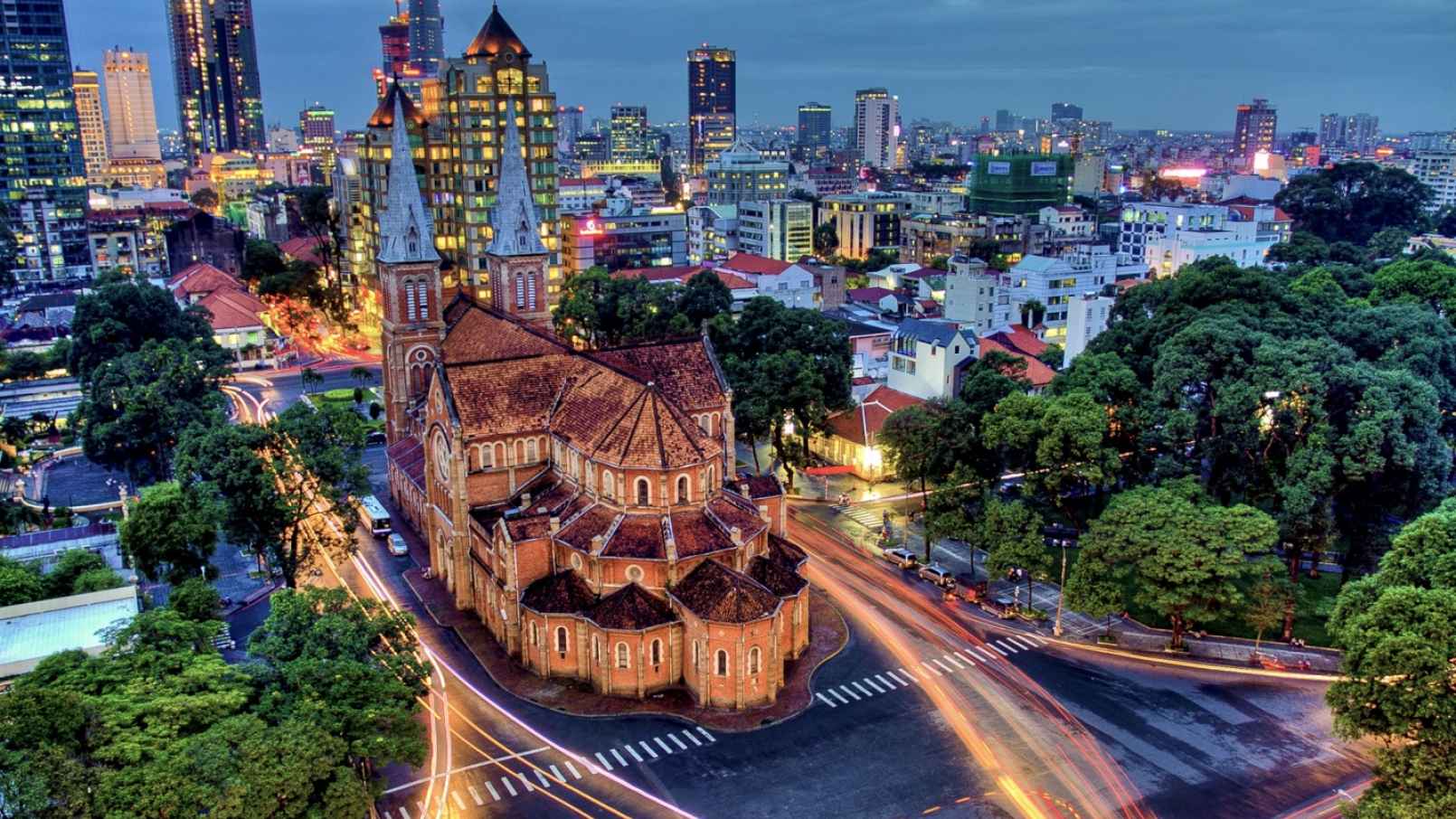 This article is part of Virtuos Insider, a series of interviews where Virtuosi share about their careers and experiences in the company and video game industry at large. In this installment, we speak to Thien Binh, an art producer at Sparx* – A Virtuos Studio, who shared about some of her career highlights since joining the studio.

Unlike her peers, games featured little in Thien Binh’s life prior to Sparx* – a Virtuos studio. In fact, she wasn’t really gunning towards a job in the games industry in the first place.

Since joining us four years ago however, Binh has proved her worth several times over. As an Art Producer, she’s responsible for making sure her team delivers their work on time and in good quality. Binh might say she was lucky to have found Sparx*, but in reality, we’re lucky to have her.

Check out our full interview with her below for more insights to her journey, from humble beginnings as an interpreter to a recounting of her greatest achievement yet at Sparx*, and more besides.

Hello, Binh! Let’s start by telling us a bit about your career history leading up to your current job at Sparx*.

After graduating with a Bachelor’s Degree in French Translation and Interpreting, my first job was being an Event Assistant at the French Chamber of Commerce. After 4 years, I was moved to Digital Marketing industry. During that time, I fell into project management through handling different projects and gradually discovered that I was good at it. Nevertheless, since the company is a startup, I quickly outgrew the environment and reached the skill ceiling there.

So, I decided to leave. At that moment, Sparx studio was looking for a Junior Art Producer, and I applied to that position. Then, Sparx eventually gave me the opportunity to be a part of their family.

It’s been about four years at Sparx*, and I’ve realized that this job is a great fit for me, even though I fell into it by chance and not by choice (since I didn’t even know the position of producer existed in the first place).

What does an Art Producer actually do? Could you give a short summary?

An Art Producer (AP) is the one that makes sure stuff gets done!

For me, the producer is the oil to a team of cogs and gears; someone that keeps the whole machine running smoothly. He or she is also the glue that bonds people together, a person to whom other people come for solutions to problems, not just for the project at hand but for everything else. At least, that’s usually the case for me.

What is the best thing about being an Art Producer at Sparx*?

Sparx* pushes you so hard to take on challenges or try new things that you might be uncomfortable with, but they’ll also rally behind you in support to catch you when you fall.

In short, they allow you the chance to believe in yourself, and believe that you can do anything no matter what happens.

I start each day by reading all my e-mails and notes from the clients, before making up a new to-do list for the day (making sure to categorize them based on priority). After that, we do daily stand-up meetings with the whole team to know what we need to achieve today.

When I have time to spare, I would go around with the Team Lead or Art Director to review artists’ works. 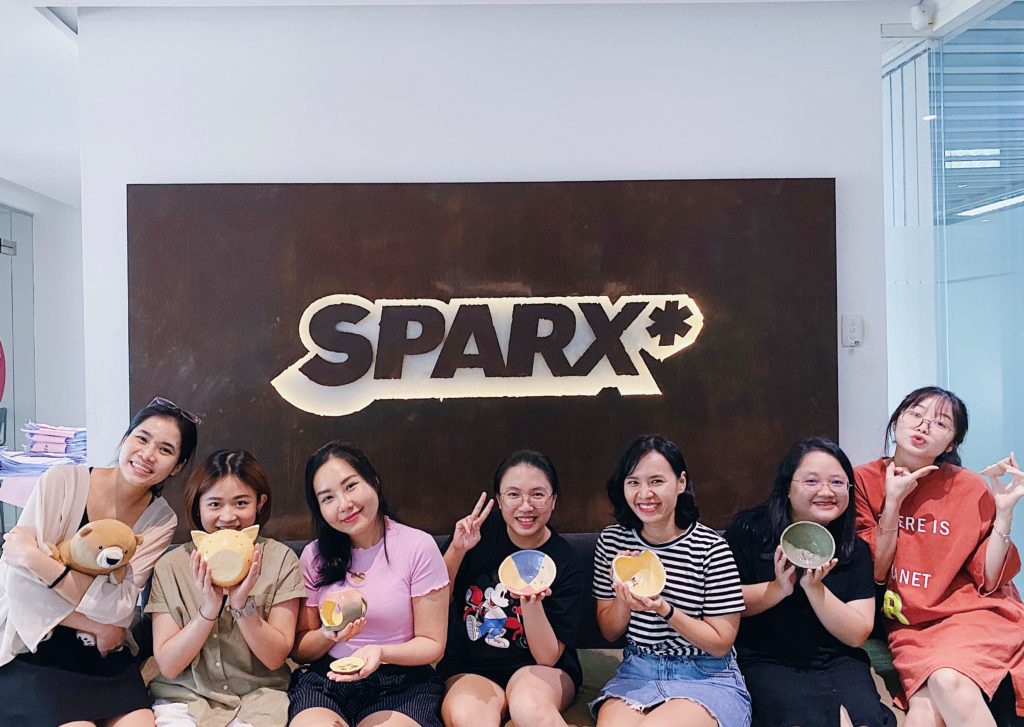 In your time at Sparx*, which period or project is the most memorable one to you?

The first one happened when I was a TV-Series Asset Producer. I was with a team of 17 artists (riggers + modelers), and my mission for this project was to get the Asset production side back on track.

Finally, after several months of collaboration with the other departments (Layout/Animation/FX-lighting), we were able to successfully finish Season 4 of Star Wars: Rebels. It was the first time in my life that I saw my name displayed in the credits of a big TV series. I’m also proud of the fact that this series also won “Best Animated TV Series” in 2018 for the second consecutive year. 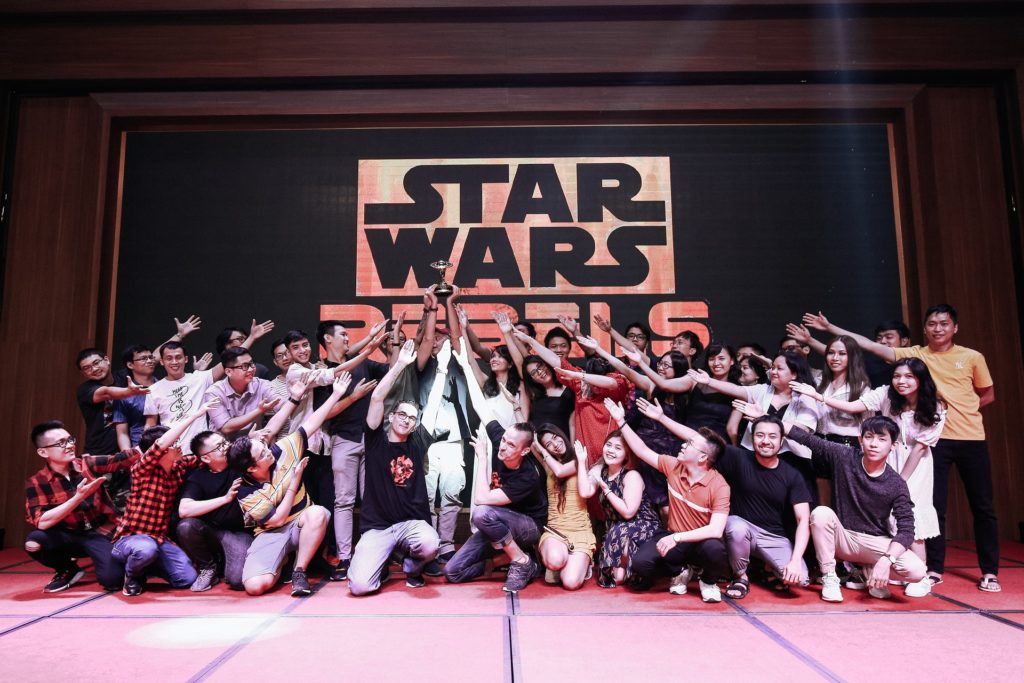 The 2nd most memorable period was with the Game team. New place, new world and of course, new things to learn.

Again, I had to step out of my comfort zone, but this time with all the project management skills I had learnt from my last project. But you never know until you jump into it. Tough clients, tight deadline, new pipeline… those were my big challenges.

After several months, I was not only able to overcome these obstacles successfully, but my English and project managements skills have been improved a lot.
With these upgraded skills, Sparx* gave me a big opportunity to work on a Full-level Game Project in 2019, which quickly became the absolute highlight of my career so far.

It must have been a really amazing experience. What was so special about the project for you?

That project was something magical. It was as if I was given a treasure map, with a path that’s long and tough, but I went on that adventure regardless and eventually discovered a great treasure at the end of the story.

This happened in 2019. Originally, I was only responsible for the asset creation of that game project. Then, Sparx* was given the chance to work on 3 full levels for the game.

At first, I thought that that decision was too risky and crazy, since most of us Sparxers have never worked on a full level before.

After our Line Producer left Sparx*, I was nominated to take her position. Hesitation, fear, panic, anxiety – I remember feeling all of those emotions well up when I first heard the news. At that moment, I had only two options: give up, or at least try and believe in myself.

I made the conscious choice to believe.

We had in total 60 talented, strong and passionate people (Artists, Art Directors, Producers, Technical Artists) coming from different departments, each with zero experience on level creation. Together, step by step, we began to untie every single knot stopping us from completing the project.

The first level was a big mess and we totally failed. But we have 2 remaining levels to finish. Then, we decided to sit together, take a step back and start working as a real team. And this time, the team spirit make it totally work; we weren’t just able to progress faster than before, but we also found the solution for all the huge obstacles we were facing during production (traversing vertical levels, keeping performance stable in an asset-heavy level, etc…). 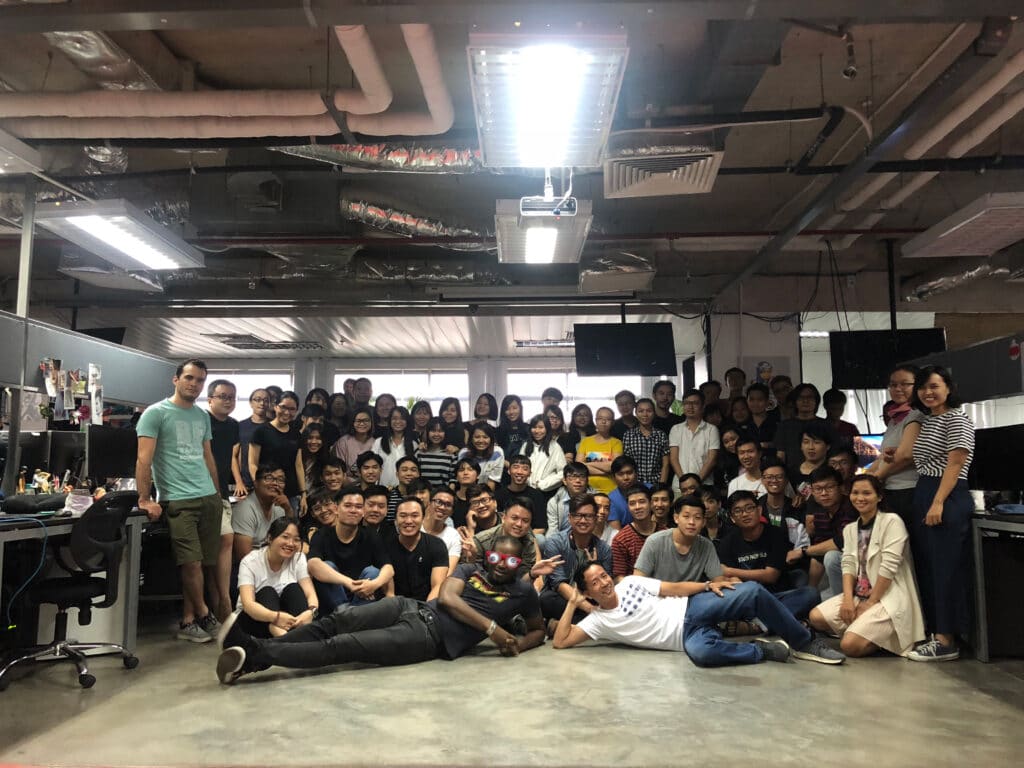 The last two levels totally blew our minds and they easily became our masterpieces.

To be honest, I still cringe at the thought of that project, but I still feel very lucky to be given that opportunity, and for the chance to work with an amazing team. Thanks to that project, I know I can push my own limit as far as I could ever imagine before. As my favorite quote goes: Anything is possible if you’ve got enough nerve.

Art is obviously very important in both games and film, but how do you determine if a certain piece of art is ‘good’ for the game or movie in production (i.e. are there any rules to follow to approve art assets before use)?

I personally feel that in order for a piece of art to be considered good enough to send to a client, it needs to fulfill three requirements:

1.)    Attain the standards set by the client
2.)    Address all feedback and retakes from the last submission
3.)    Pass all the notes in the QC checklist

I do have some experience with games, but I don’t usually play games as a hobby. I did play The Sims for a while

I noticed that the longer you’ve worked as a producer or in any other position in this industry, the more you see games and film differently.

Now, when playing a game, what I really see is how the asset looks like in game – Did I see a seam on it somewhere? Is the LOD popping too obviously when you zoom in and out? These kinds of questions always pop up in my head whenever I start playing any new game!

I suppose now that you’ve worked in the games industry for a while and understand how a game works ‘under the hood’, perhaps you are beginning to appreciate games in another way.

Absolutely. I do especially hold a different view for the games and films that I worked on previously, feeling a sense of pride and joy when I see them, even though they might not all have the best ratings.

Take Age of Empires II: Definitive Edition as an example: it didn’t exactly receive stellar ratings among players and fans. However, if you really knew “the story behind”, your feelings toward it would be totally different.

Personally, I love AOE 2 Definitive Edition, because it reminds me of all the times I had with my team.

When playing it, each asset would make me recall an interesting memory. For example, for the “stables”, we asked the client how the horses in it would be dealt with whenever the stable was destroyed; would they run away, or just disappear into thin air? That was funny to me, even though most people would not notice these tiny details in the game.

Do you still do art on your own spare time?

Sometimes, I do join my friends for some workshops involving pottery, painting, and calligraphy during the weekends.

That’s interesting. Which type of art or craft would you say is your favorite?

That would be painting, as I love working with color. Painting is like a coloring game to me, which is interesting. 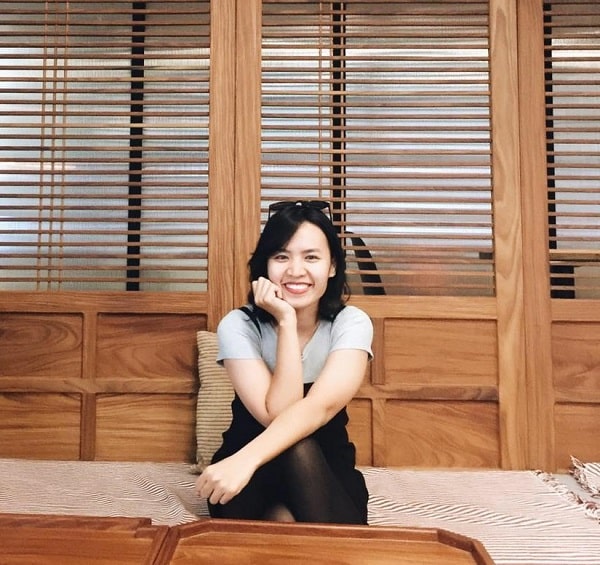 What sort of interests do you have?

I love to travel with friends and family, savoring new kinds of food and discovering new cultures.

Any travel or food recommendations, in that case?

For food, it would absolutely have to be dark chocolate. I love it because it represents my personality, somehow: a steadfast person that isn’t afraid of a challenge.

For travel, I love travelling to countries that have unique/distinctive cultures, such as Bhutan or even North Korea.

What do you like to do to relax after work?

After work, I like to spend time with my family (have dinner, watch movies…)

Do you have a favorite game, or a genre of games?

If you had asked me this before I joined Sparx*, my answer would have been The Sims. Now however, I’d say my favorites are the game projects that I’ve done with my team.

Is there anything you would like to say to anyone reading up about Sparx*?

At Sparx*, you are given a chance to change yourself. So if you want to do that and step out of your own comfort zone, join us – you’ll never regret your decision.

Thank you for your time, Binh!