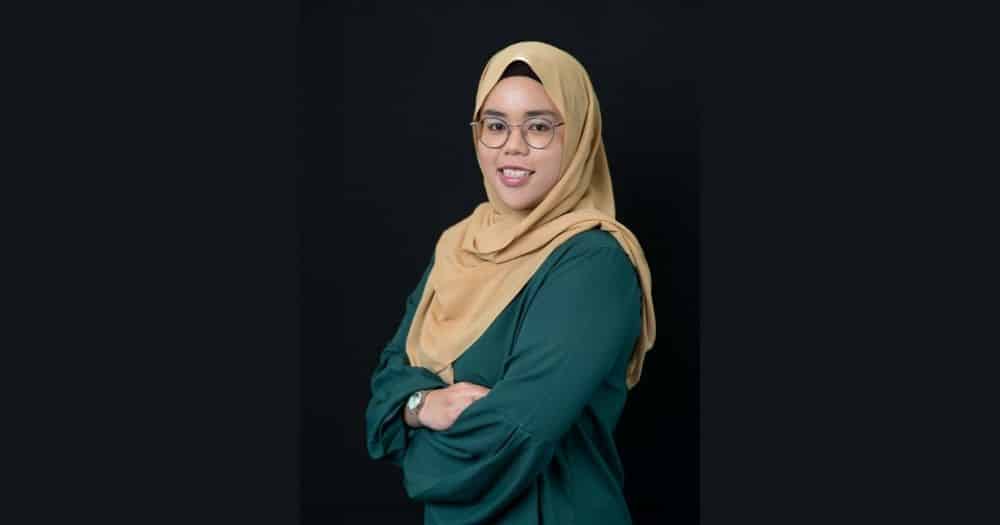 Virtuos Insider: Amalina Rashid on the Importance of Female Representation in the Video Games Industry

By Julia Yeo8 March 2022No Comments

Growing up, Amalina Rashid (Lina) shared that much of her childhood was spent playing console games with her family, especially her father, who started her off on the Sega Saturn. It became no surprise that her interest in games drew her towards a career in game development. 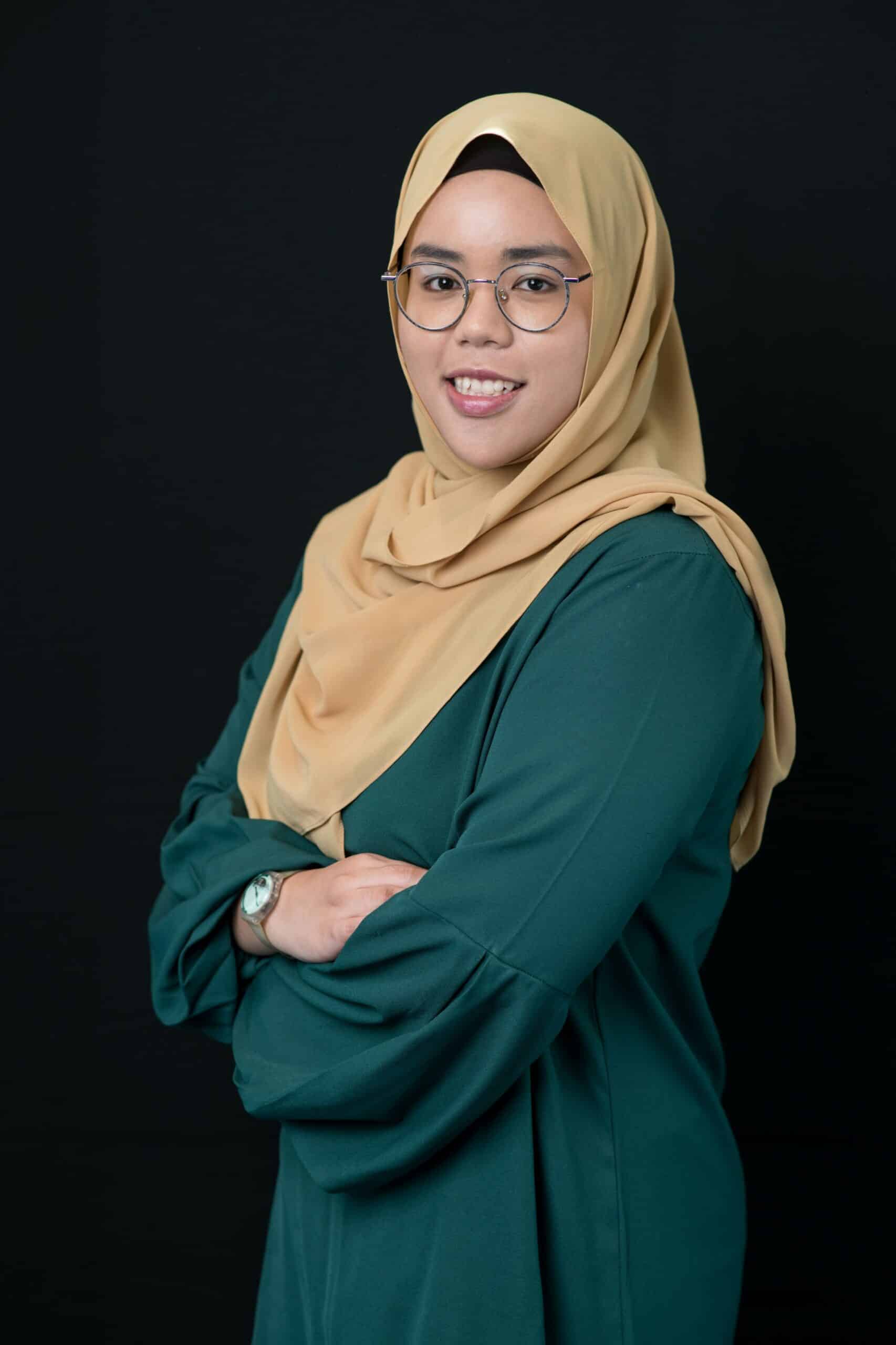 Today, Lina specializes in user interface/user experience (UI/UX) design as a senior designer in the Research & Development (R&D) department at Virtuos Singapore, holding her ground as a young expert in her field. In this interview, Lina delved into the details of her journey in the game development industry, the personal challenges she overcame along the way, and the importance of female representation in the games industry.

Hi Lina, thanks for having us today! Let’s learn more about you – could you tell us more about your career history in game development?

I first started out as a junior game designer after graduating from university, and now I specialize in UI/UX design for game development, helping game developers optimize and improve their workflow.

My interest in UI/UX design sparked way before my university days, when I was studying human-computer interaction while completing my diploma in Interactive Media Informatics. After studying game design in university, I decided to explore a career as a game designer.

What really gave me the big push into UI/UX design was an opportunity to reinvent one of the most important features in a game that I was working on. Through that experience, I realized that I really enjoyed integrating UI/UX concepts into game design, which led me to my current role today.

What role does R&D play in the game development process, and more specifically, what is your role in this process?

Our engineers and designers’ role is to design and create tools and solutions that make art and game development pipelines more automated and efficient, using a mix of engineering and machine learning techniques.

As a UI/UX designer on our R&D team, I design and create customized tools that improve our artists and developers’ workflow.

How would you describe a day at work for an R&D designer such as yourself?

As a designer, there isn’t really a typical day as my routine changes based on the phase of the projects that I’m working on. When I’m working on the initial phase of identifying and defining problems in a project, I will spend most of my time interviewing people, collecting and analyzing the information. On the other hand, when I’m at the ideation phase of a project, I will spend most of my day brainstorming ideas and sketching them before developing them into wireframes and mockups. The various phases of each project keep my days at work pretty interesting as there’s something different to do every day.

What do you normally do during your free time? Do you have a favorite game?

I enjoy learning languages, and I usually spend my free time learning Korean these days. Besides that, I also like putting my hands to work with craft hobbies such as carving stamps, building Nanoblocks and planting. 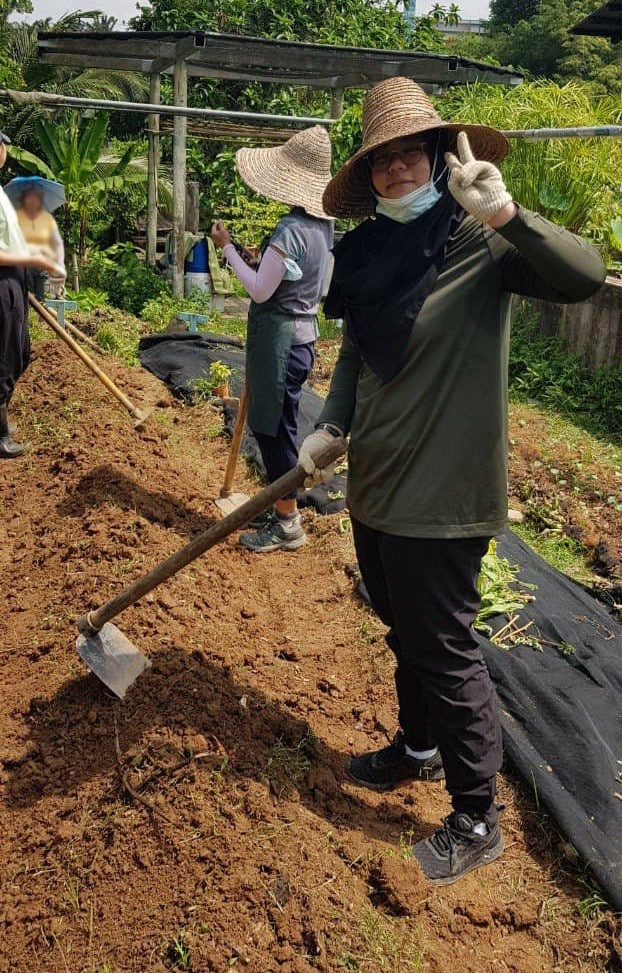 Lina volunteering at a farm

You’ve been in the games industry since 2014, and specialized in game design in university – have you always wanted to work in tech and games? Have you faced any challenges along the way, and how did you overcome them?

Since my childhood, I have always been interested in games due to my family and, specifically, my father’s influence. My father has always been a huge fan of console games, and we used to play all sorts of platformers and puzzle games together as a family. Eventually, this nurtured my interest in games and learning about what goes into making one. I was also quite inclined towards STEM (Science, Technology, Engineering, Mathematics) subjects in school, so exploring a career in tech was something I wanted to do.

When I was still a student deciding what to study in polytechnic for my diploma, I already had an interest in games and wanted to take a diploma in Game and Entertainment Technology. However, I faced quite a bit of doubt and questioning from relatives, as a career in games in the early 2000s isn’t really as common or popular as today, and it wasn’t seen as a job for a woman back then either.

Being a young 16-year-old then, I second-guessed myself and took a safer option for my diploma, which I really regretted as I still wanted to explore a career in game development. So I worked towards my second chance and eventually got into university as a computing major, specializing in games. My parents have always supported my choices and career decisions, and I’m thankful for that – it’s huge knowing that they have my back even when I’m faced with challenges.

What are some biases or challenges that women face in the games industry? Do you have any personal experiences to share?

One of the biggest biases that women face in the games industry is the perception that women are less technologically capable and rational than men are. I don’t think it’s a bias exclusive to the games industry, but I tend to see it surface more in STEM-related industries.

In my opinion, one of the main challenges that women face in this industry is the lack of female representation, which leads to the struggle of being heard and seen.

The difficulty in speaking up and being heard doesn’t only happen specifically because of one’s gender, but also one’s seniority, but I’ve seen women leaders and experts – some who were my role models at work – struggle to be heard despite being valid.

I haven’t really experienced many major challenges in my career specifically because of my gender, but I’ve learned to adapt and somewhat change myself to work and behave differently to “fit in” with most of my peers. Throughout my tertiary studies, my cohorts were always male-dominated. Over time, I found myself changing how I speak and work to communicate better with my male peers, adjusting myself to pursue my studies and career in an industry that few women have stepped foot in.

I’m thankful that I was never made to feel uncomfortable or treated differently because of my gender. Still, these experiences also reminded me of the importance of having female representation in STEM fields, including in our industry. However, things have been improving in recent years, and companies, including Virtuos have been setting hiring policies that advocate for more female representation in the games industry.

How has Virtuos supported the growth of women such as yourself in this industry?

Generally, I think Virtuos has an open and inclusive culture. I have no problem speaking up in my team, and I can honestly say that the treatment is the same regardless of your gender. We’re judged and rewarded fairly based on our quality of work. 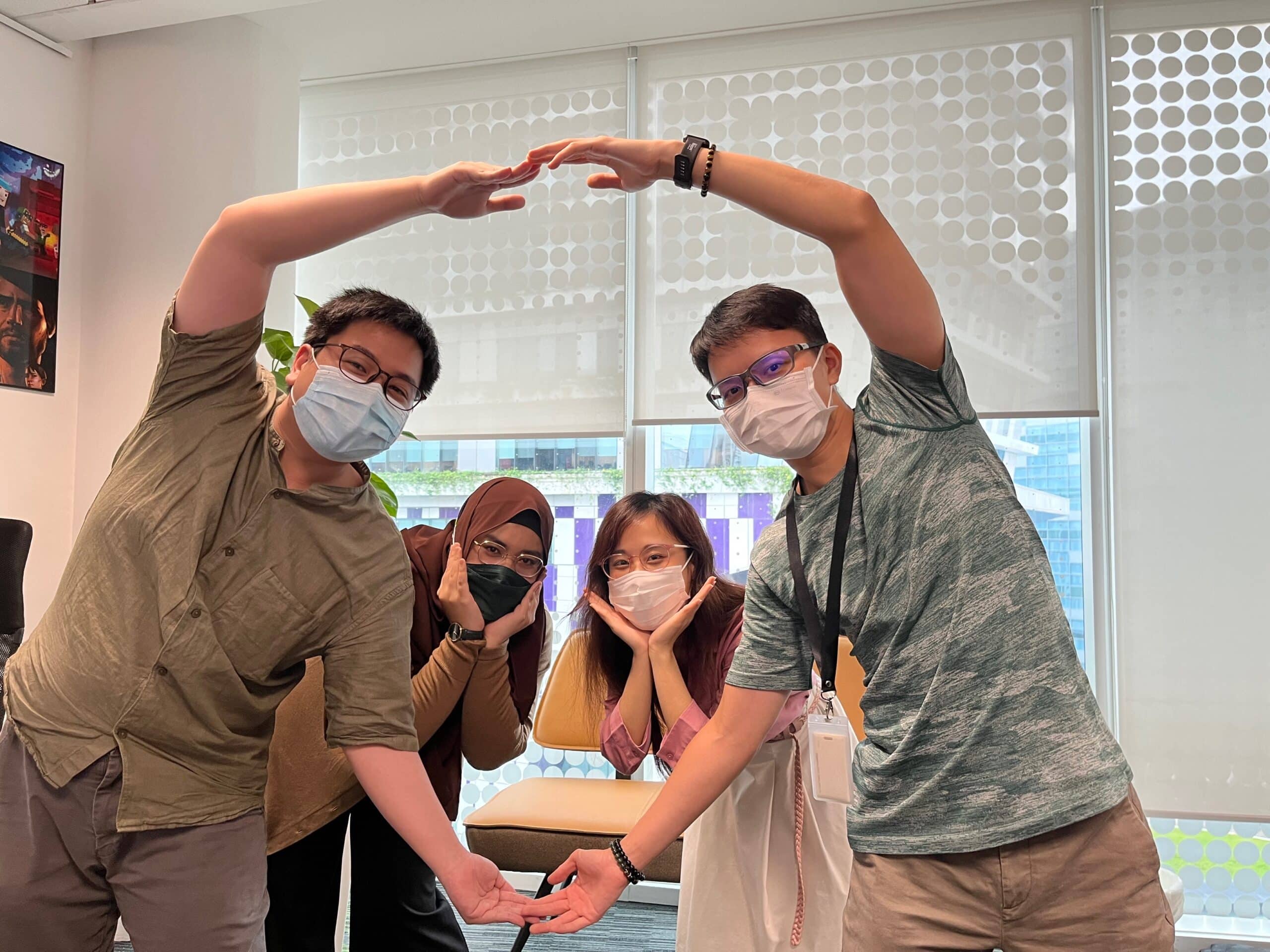 I currently work under our lead R&D designer, who has been very supportive and empowering in my growth as a specialist. Communicating with him has definitely been a two-way street, and he listens when I voice my opinions regarding our projects and issues at hand, while offering feedback and advice when it is needed.

What advice would you give to your younger self, or someone who is interested in joining the games industry?

Listen to your heart and just do it, you never know until you try.

Being the odd one out makes us special as we can create value by bringing different perspectives and skills to the team.