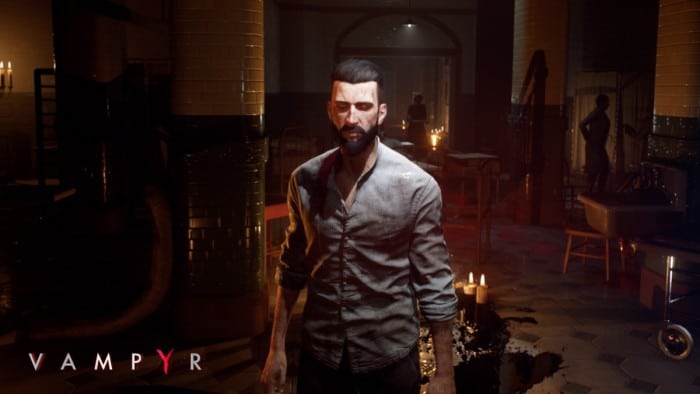 The plot relates to how Jonathan Reid, a doctor who has turned into a vampire, comes to terms with his undead condition, as he is torn between the Hippocratic Oath and his newfound bloodthirsty nature.

Vampyr ranked first in the charts in the United Kingdom, France, Germany and others.

Virtuos was heavily involved in co-engineering the PlayStation 4 and Xbox One versions of the Vampyr. The Virtuos team contributed to the optimization of the Game engine, CPU and GPU, profiling performance issues and debug support.