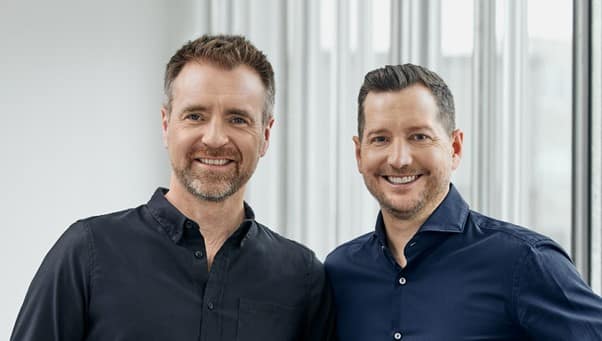 By Jodenia Chan22 April 2022No Comments

Singapore, 22 April 2022 — Virtuos, a leading global game development company, today announced its investment in Umanaïa Interactive (“Umanaïa”), an up-and-coming game development studio in Quebec, Canada. This investment is expected to further enable Virtuos’ partnership with the brightest local talent in the creation of games and IPs.

Helmed by Yannis Mallat and Stephane Cardin, Umanaïa will create and develop modern and innovative live games, with a goal of publishing the first title in the years to come. Mallat brings with him over 20 years of experience in the games industry and deep expertise in running studios. By nurturing creativity and innovation, he has led multiple teams to success on blockbuster franchises including Prince of Persia, Assassin’s Creed, Rainbow Six Siege, Watch Dogs, and Far Cry. Similarly, Cardin has over two decades of industry experience in producing games. He is responsible for the successful release of renowned titles including Naruto and Prince of Persia, as well as the creation of For Honor, one of the biggest new IPs and games as a service that still gathers millions of players.

Virtuos’ investment in the new studio also signifies its support of Quebec’s rapidly growing game development scene and entrepreneurial ecosystem. Umanaïa’s growth plan revolves around a powerful combination of hiring the best talent and profiles who seek innovation, while leveraging Virtuos’ production strength and expertise. The creative team is already at work and several well-known developers have joined the new studio.

Gilles Langourieux, CEO at Virtuos comments, “We are proud to partner with one of the most experienced teams in Quebec from the very beginning of their promising journey. Montreal is a major game development hub, and we also see this as an opportunity to collaborate with more world-class talent to stay at the forefront of the industry. Our investment allows Umanaïa to count on a serious and knowledgeable partner while staying independent.”

“I see in video games much more than just entertainment and this is what makes Umanaïa a unique opportunity for developers. Stephane and I want to reignite the passion for making games that carry a positive and authentic purpose. And to do that, we’re building a fun and forward-thinking studio,” says Yannis Mallat, President and Co-Founder at Umanaïa.

“We are super excited that Virtuos shares our vision of modern entertainment. Their support of our ambitious goals through their investment and access to their highly skilled teams is a powerful combination,” says Stephane Cardin, Executive Producer and Co-Founder at Umanaïa.

Founded in 2004, Virtuos is a global leader in end-to-end game development and art production services. The company works with some of the world’s largest game publishers and developers – including Activision Blizzard, Bandai Namco, and Take-Two Interactive – and has contributed to some of the industry’s most successful game titles, including Assassin’s Creed, Call of Duty, Final Fantasy XII: The Zodiac Age, League of Legends, and NBA 2K18.

In 2020, Virtuos expanded in North America with the acquisition of CounterPunch in Los Angeles and the establishment of Virtuos Montreal.