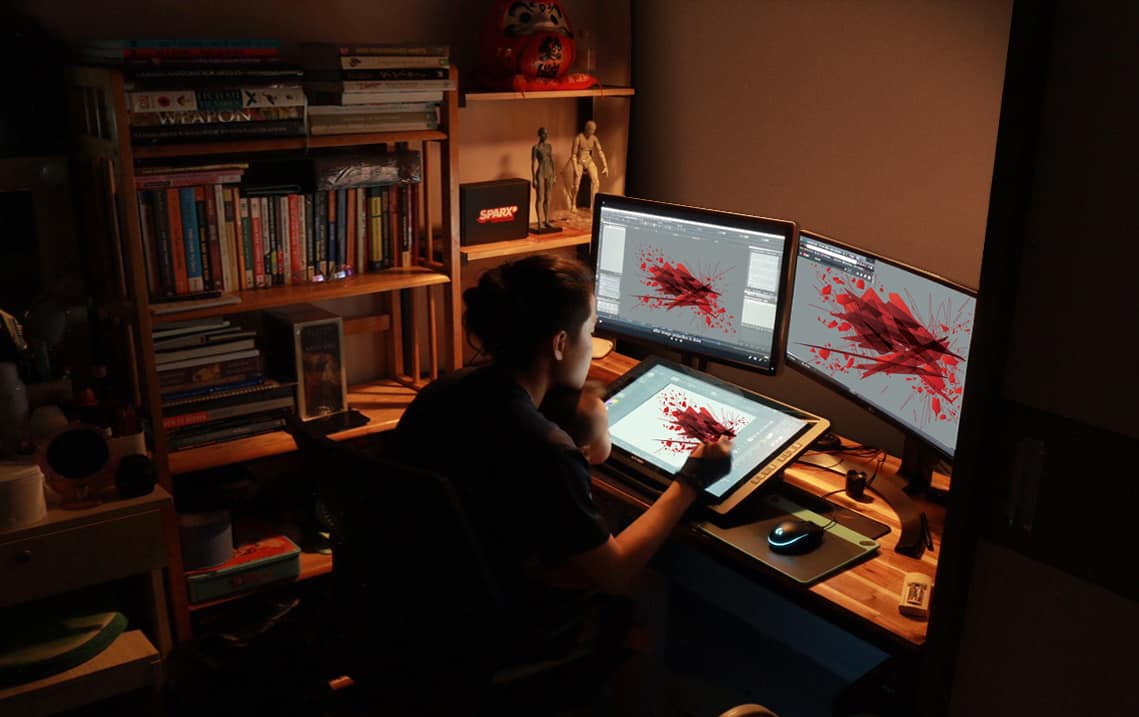 This article is part of an editorial series of Expert Talks by Virtuos, aimed at sharing the learnings and best practices in global game development and art production. In this instalment, Technical Director Fernando Castillo and Technical Group Producer Huy Nguyen talk about how they tackled COVID-19 and remote working.

As the COVID-19 pandemic makes its way across the globe, millions around the world have taken to social isolation at some point in order to slow the spread of the virus. This massive shift in societal norms has consequently forced businesses to suspend operations or to rapidly adapt by any means necessary. As one of the few industries heavily reliant on computers as a means of production and distribution, digital entertainment companies such as Sparx* have largely remained operational by swiftly implementing remote working arrangements.

In Sparx*’s case, working from home was largely a concept that was only considered theoretically; all the pieces required for it to function was available, but a definite playbook had not yet been drafted, much less trialed.

At the time of writing, Sparx* has already reopened its studio premises, after having completed three full weeks of self-imposed work-from-home arrangements for all staff during the month of April this year. The COVID-19 risk, while not completely eradicated, has been reduced to such an extent that businesses in Ho Chi Minh City (where Sparx* is situated in) have already begun resuming operations.

All in all, the remote working experiment was a success, although there were plenty of lessons learned along the way. This article will attempt to explain those discoveries in more detail.

By this time, the coronavirus had already been recognized as a major issue by the studio management, which prompted high level discussions regarding the proper measures needed to mitigate the risk of infection.

The idea of closing the entire studio was floated in the early stages, but was eventually discarded due to the following reasons:

The only other alternative was to send people home, but to keep the studio open by allowing them to work from home. This proposal quickly gained majority favor, and an emergency strike team was hastily formed to organize and execute the shift towards remote working.

Within days, an action plan was drafted up, with trials beginning that very weekend.

Riot Games was one of the first clients to reach out and inquire about Sparx*’s status regarding the COVID-19 situation. At that time, the plan to shift towards full remote working had just been drafted, which meant that they were one of the first clients to be notified about the studio’s intentions. In addition, Sparx* also shared their proposed security method and projections for anticipated productivity loss when full remote working is achieved. 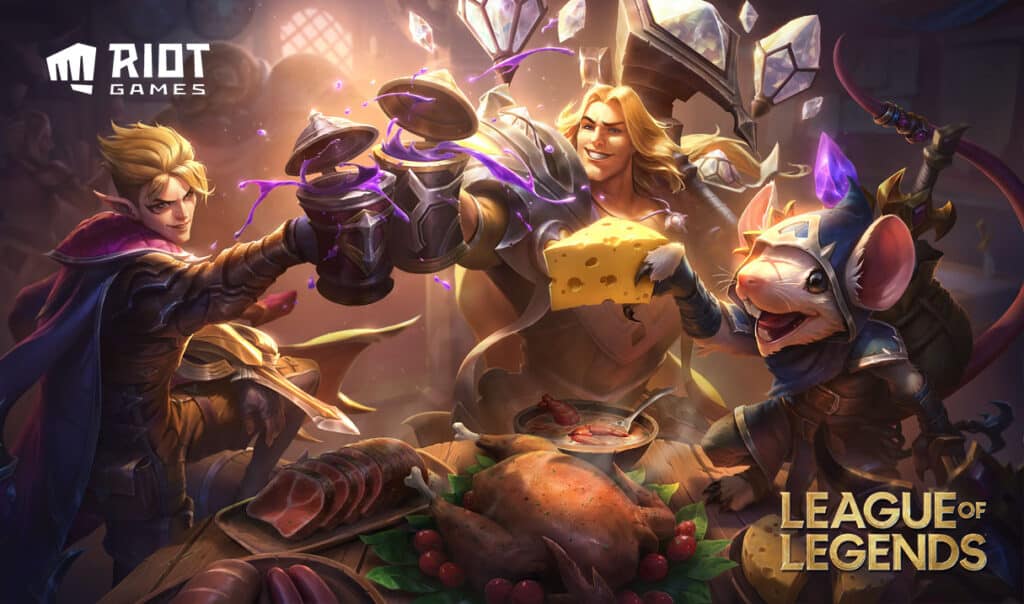 The eventual decision to select the teams working on Riot Games projects as the spearhead of this undertaking was based on several factors:

There were three distinct issues that were encountered throughout the planning, testing and execution of the remote working arrangements, which were subsequently resolved via various measures.

While not an issue in a standard office environment, the incompatibilities of some game engines turned out to be particularly problematic when handled via remote working. This required extensive testing for multiple applications in order to find a suitable configuration that can support their use.

Another potential problem anticipated by the studio was the quality of equipment that staff members had access to at their homes, such as monitors, connection cables, or drawing tablets to name a few. In a pre-emptive move, Sparx*’s HR department sent out online surveys within the first few days to gauge staff readiness – if a person was found to not possess the required components, the studio would allow them to borrow what they needed from the studio.

In addition to hardware, all staff were also required to familiarize themselves with several remote desktop applications to ensure uninterrupted workflow:

The heavy reliance on IT equipment and the ability to connect to them necessitated a well-established support system to ensure their reliability, prompting the following actions:

The solving of these pain points consequently allowed Sparx* to proceed with the implementation of remote working for all studio staff. 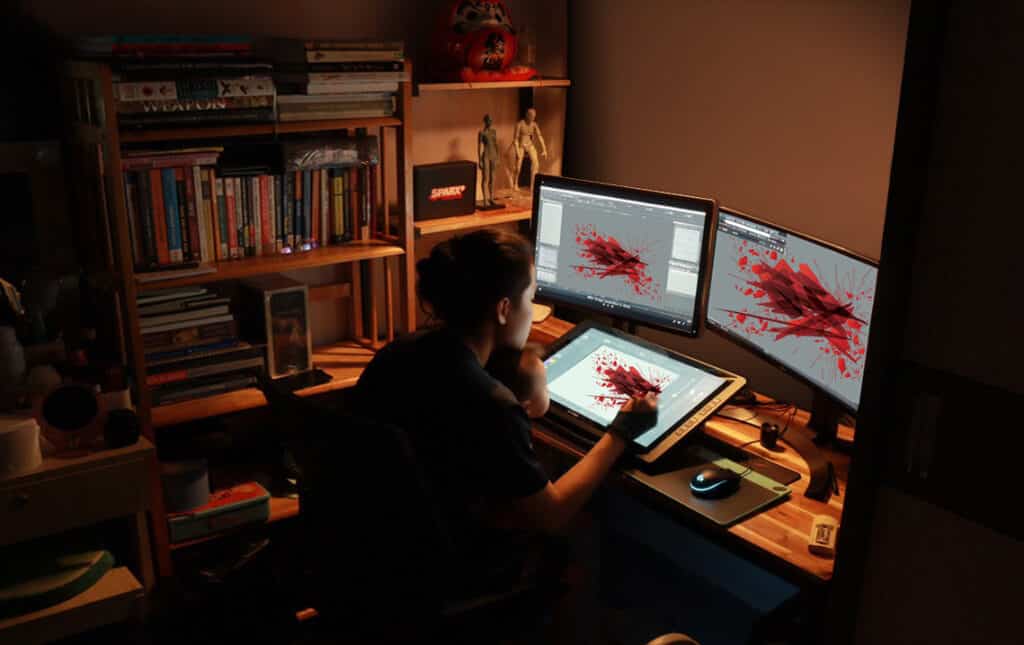 As an external developer, security and client’s IP confidentiality at Sparx* is paramount.

Sparx* therefore reached out to the clients for each active project, informing them of their plan to implement remote working for the entire studio and providing details of its execution before formally asking for permission to do so. Only when proper authorization is secured can Sparx* proceed with its plan to send its staff home.

Fortunately for the studio, every single client contacted was willing to allow that to happen, starting with Riot Games. At the conclusion of the remote working arrangement three weeks after implementation, Sparx* had succeeded in maintaining all IT security certificates, Working remotely using the right technical solutions is just as secure and Sparx* observed that the autonomy and trust conveyed to staff translated into greater care assigned to confidentiality.

The transition to working in a shared office environment to working remotely from home requires a change in mindset. In the first few days of the remote working arrangement, Sparx* encountered a drop in productivity amongst the staff.

The studio however recognized that the drop may only be temporary, brought on by a ‘culture shock’ of working from home for the first time. To inspire an increase in productivity, the studio launched several initiatives, including a limited-time event that aimed to encourage artists to hit assigned milestones for set rewards.

These measures, complemented by the studio’s culture of mutual encouragement and constant communication eventually brought about a recovery in productivity rates. At the end of the remote working arrangement, Sparx* was found to have completed all forecasted deliverables set for the studio’s teams.

“The WFH transition with Virtuos-Sparx* was extremely smooth and well documented the entire way. We were kept up to date on status of blockers and what the team was already doing to address them. Once we made the full transition, it took us one week to get back to the same cadence we came to expect with in house developers. Super impressed!”, says Sarah Reinstein – Producer at Riot Games.

A few data points can be gathered from this experiment in remote working:

While Sparx* has been ultimately successful in achieving full remote working capability through effective troubleshooting of various issues, the major contributor for its success is arguably the level of cohesion exhibited by each studio member throughout the experience.

Sparx* boasts great teams not just in its production departments, but also its administrative ones as well – Management, HR, IT and Internal Communications. With their help, the studio as a whole was able to remain alert by actively monitoring the rapidly evolving situation, and react accordingly. The studio-wide communications channels were also set up to be wholly transparent, which allowed for consistent messaging to allay fears and dispel rumors.

Besides the concerted efforts of the administrative teams, the studio culture itself also played a significant role in ensuring a smooth transition to remote working; the ingrained sense of mutual cooperation and morale upkeep became the pressure release valve that kept the studio united in purpose as they remained isolated in their individual homes, complemented by numerous grassroots activities aimed at preserving that connection throughout this period of time. For Sparx*, this was the secret ingredient that made it all possible.

Sparx* is one of the top studios in Asia, providing large-scale production services, creating a superb range of solutions for highest quality 3D Art, Visual effects (VFX) & Animation. Acquired by Virtuos – one of the world’s largest digital content providers – in 2011, Sparx* has more than 350 professional artists working on all of the latest tools, engines & platforms. For more information, please visit www.sparx.com