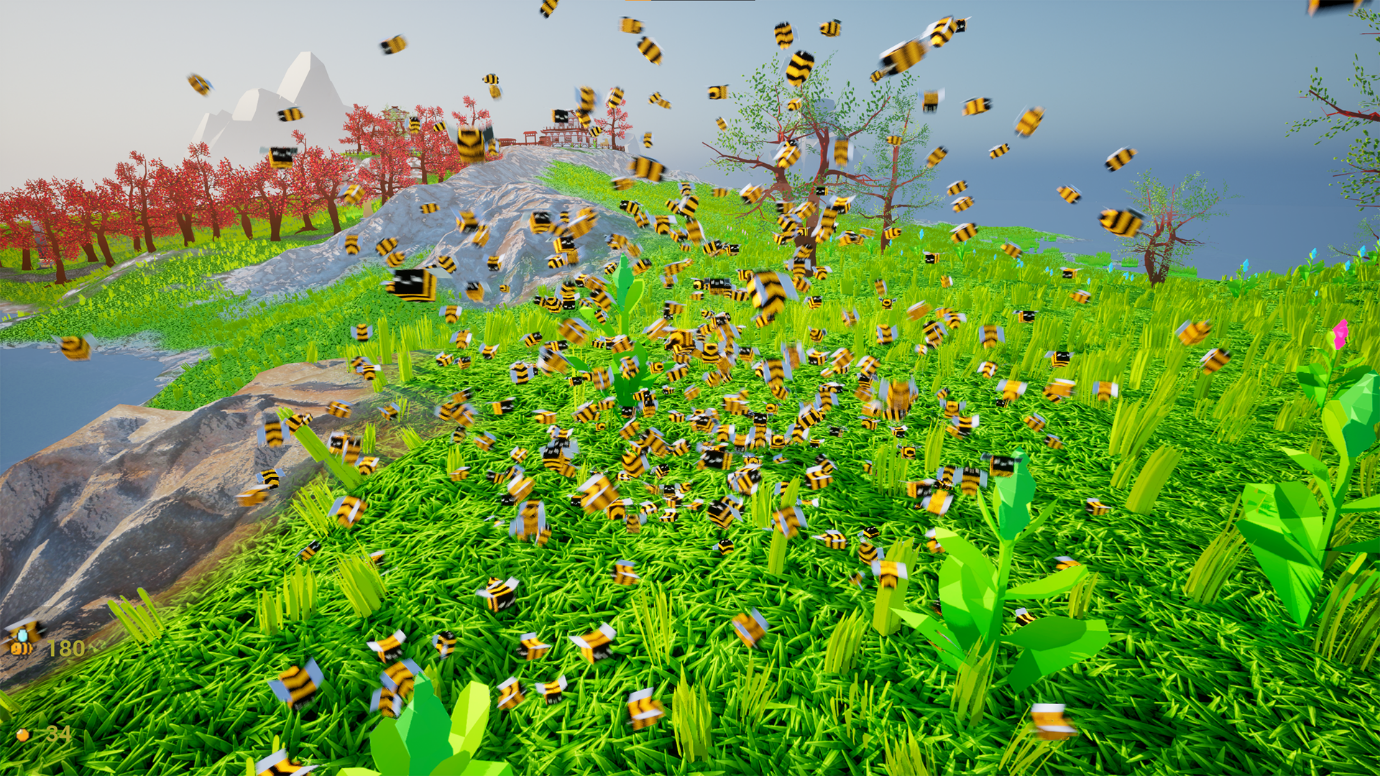 Check Out the Project Highlights from Virtuos Game Jam 2022!

By Julia Yeo8 July 2022No Comments

We held our first-ever Virtuos Game Jam in June 2022, gathering the best and brightest minds at Virtuos to collaborate and develop a game together. Themed “renewal”, we organized this game jam to boost morale and renew their passion for making games in a fun and collaborative way.

During this two-day game jam, 162 Virtuosi from nine studios worldwide teamed up and flexed their creativity to come up with impressive game concepts and prototypes. To take things up a notch – our studios also came up with diversifiers that can be optionally applied by all participants, such as:

Here are some of the best projects highlighted by the jury!

Using the diversified theme of ecological renewal, Sick Bee highlights the role and plight of bees in the ecosphere. The lifetime of the bee is a finite thing, more so than most living creatures – as such, our swarm of bees declines over time. In order to grow your swarm as a player, you must collect pollen from flowers and return it to the hive. Once you do so, more bees join your swarm and your radius to collect flowers grows. Once you collect the flower, its pollen is taken, and a new flower is created. Over time, more and more flowers are pollinated and new life spreads across the island.

But being a bee ain’t all it’s cracked up to be! On this island, there is a monastery and some of the monks aren’t quite that enlightened when it comes to our furry flying friends. Getting too close will send them running, swiping at the swarm, and decreasing the quantity of bees you have. The swarm and its size play a major role in the game – while it is large, more bees fall away but you can still grow it to substantial numbers. 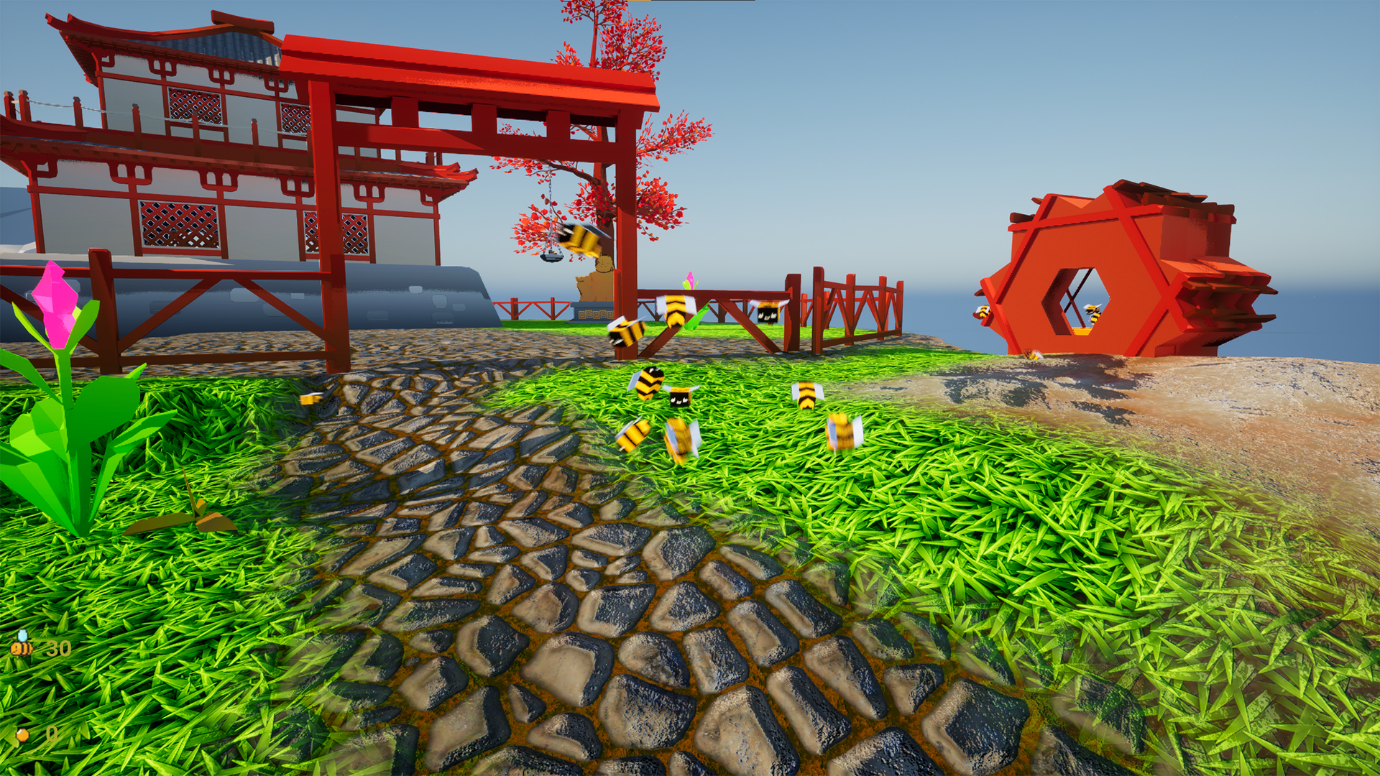 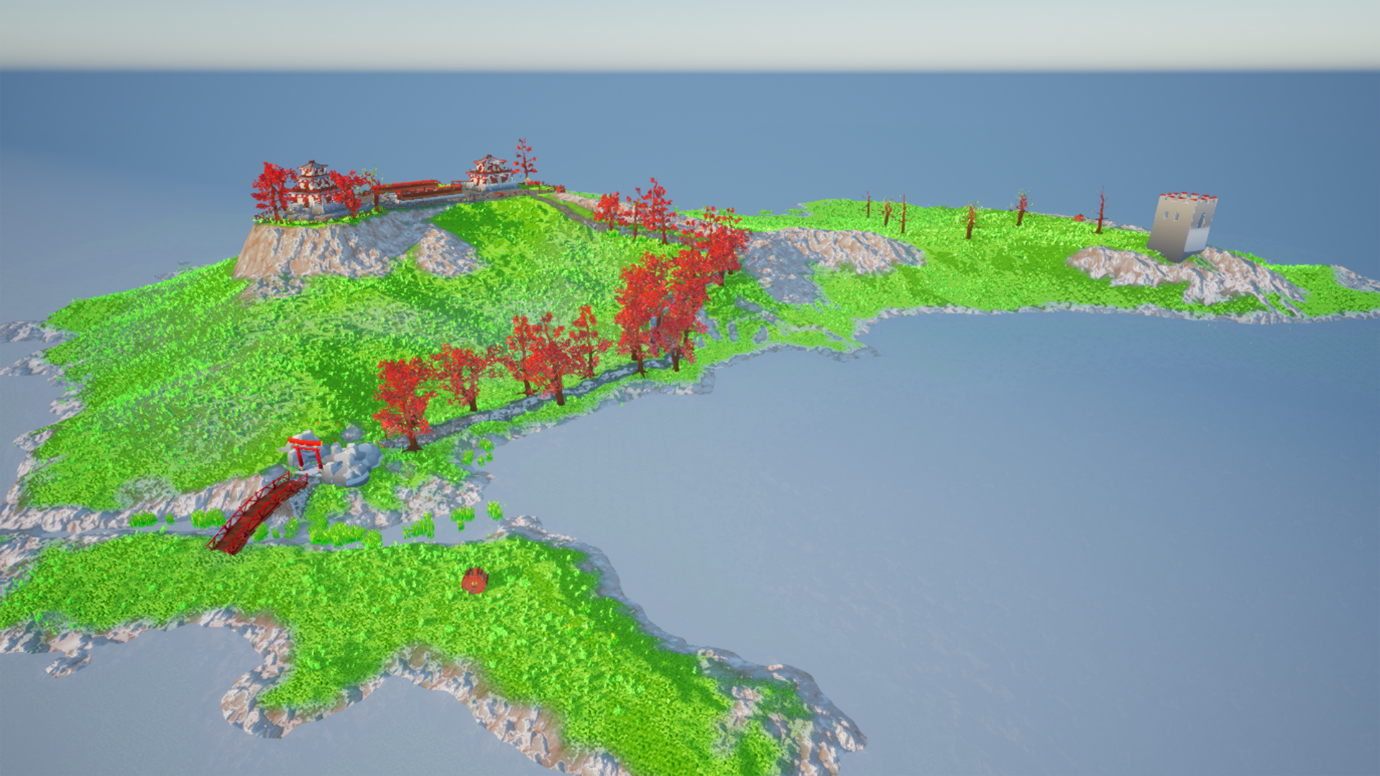 Jury comments: Sick bees by BS charmed the jury with its simple yet very enjoyable gameplay! The game has smooth controls, nice graphics, and an addictive game loop. Its attunement with the theme and diversifiers was the cherry on top. Congratulations!

In the near future, Earth has been polluted and destroyed through the continued unsustainable practices of humankind. Miasmic clouds block the sun and blot the landscape. BBBB is a game aimed at spreading environmental awareness through the story of a solar-powered robot tasked with terraforming a polluted Earth by reviving its bee population. The player explores a procedurally generated world outside the biodome to collect resources, then returns to utilize those resources to build a variety of structures. 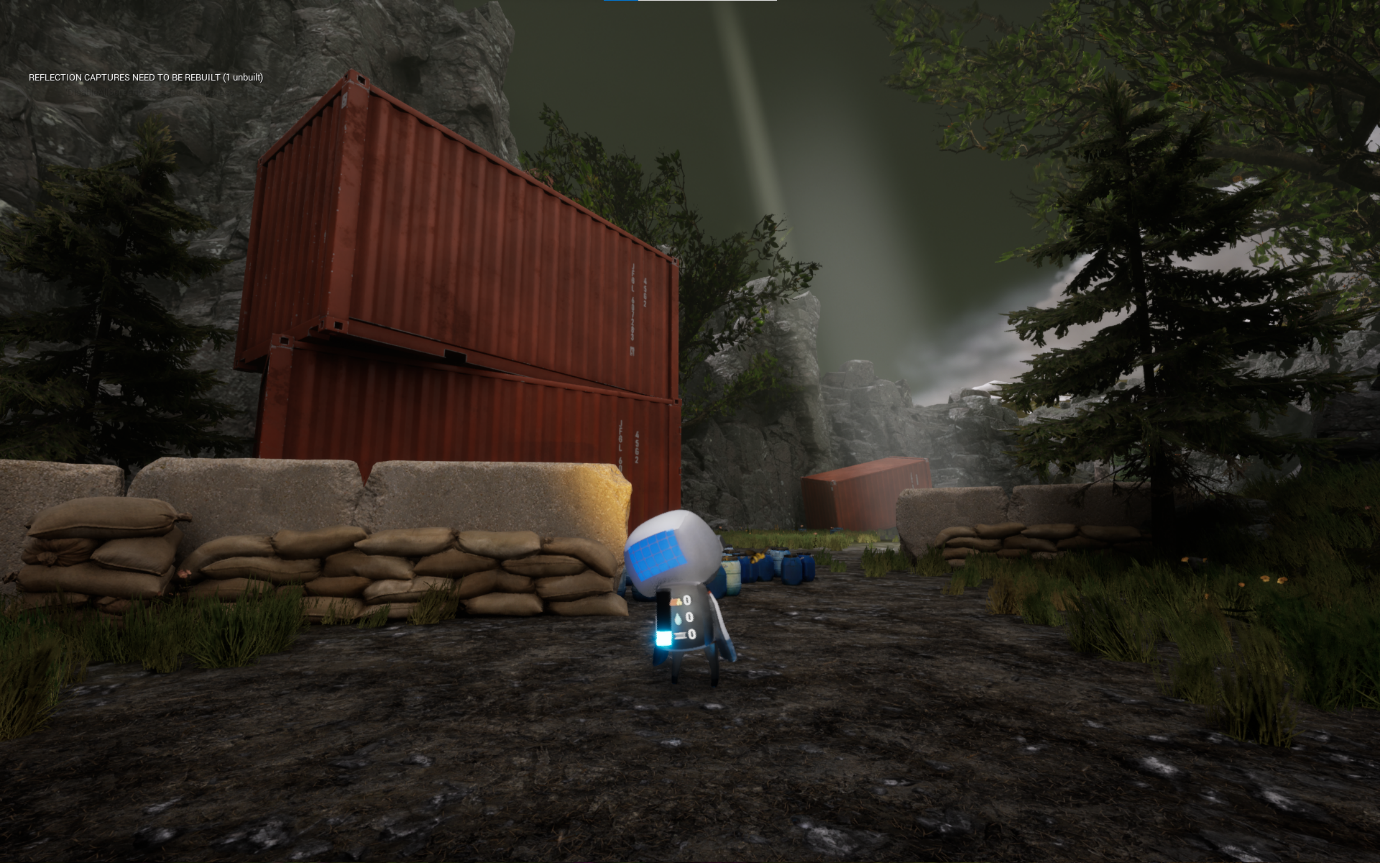 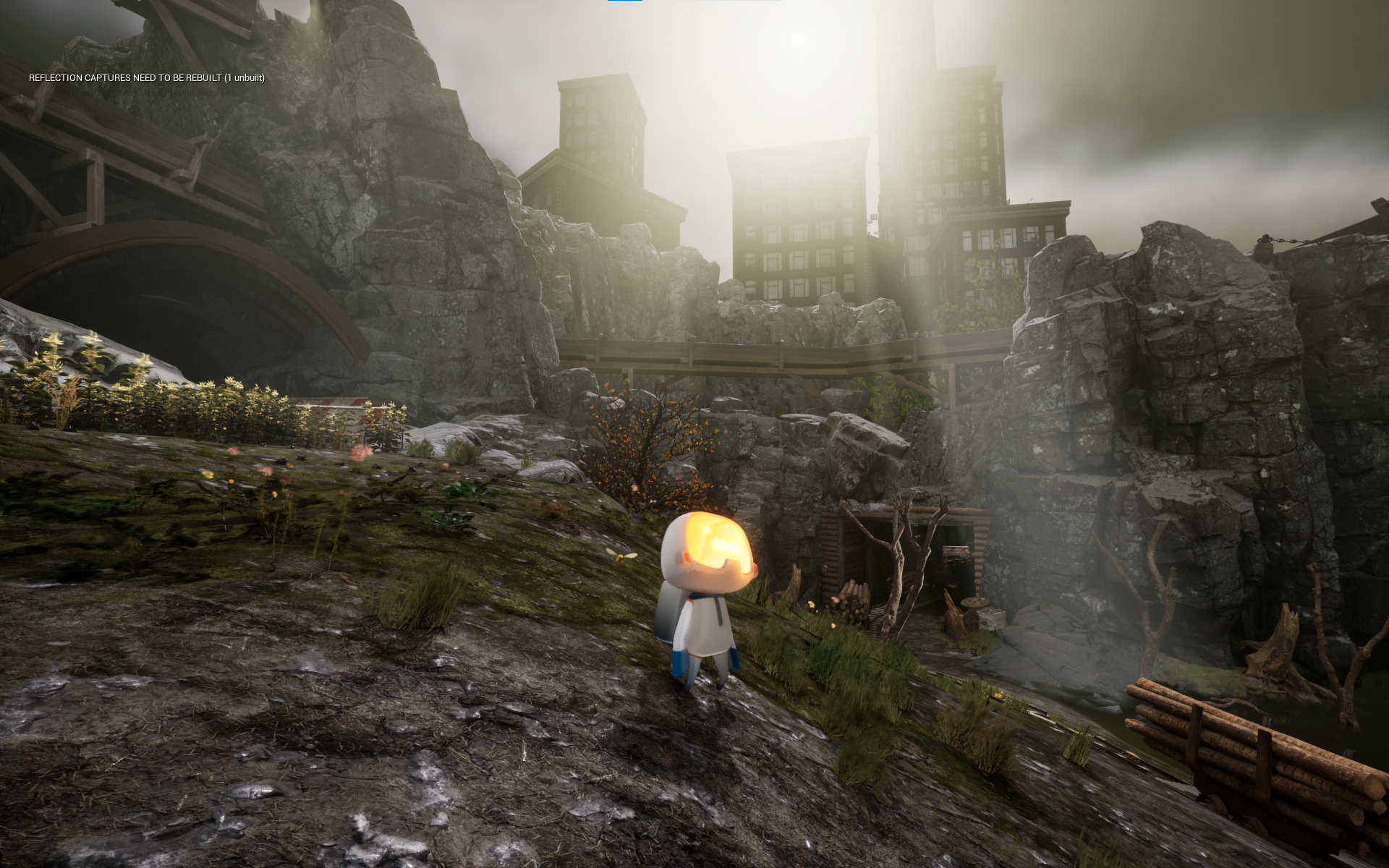 Applying another studio’s diversifier of “sun is everything” – BIG-B33 recharges its energy bar by sunbathing! 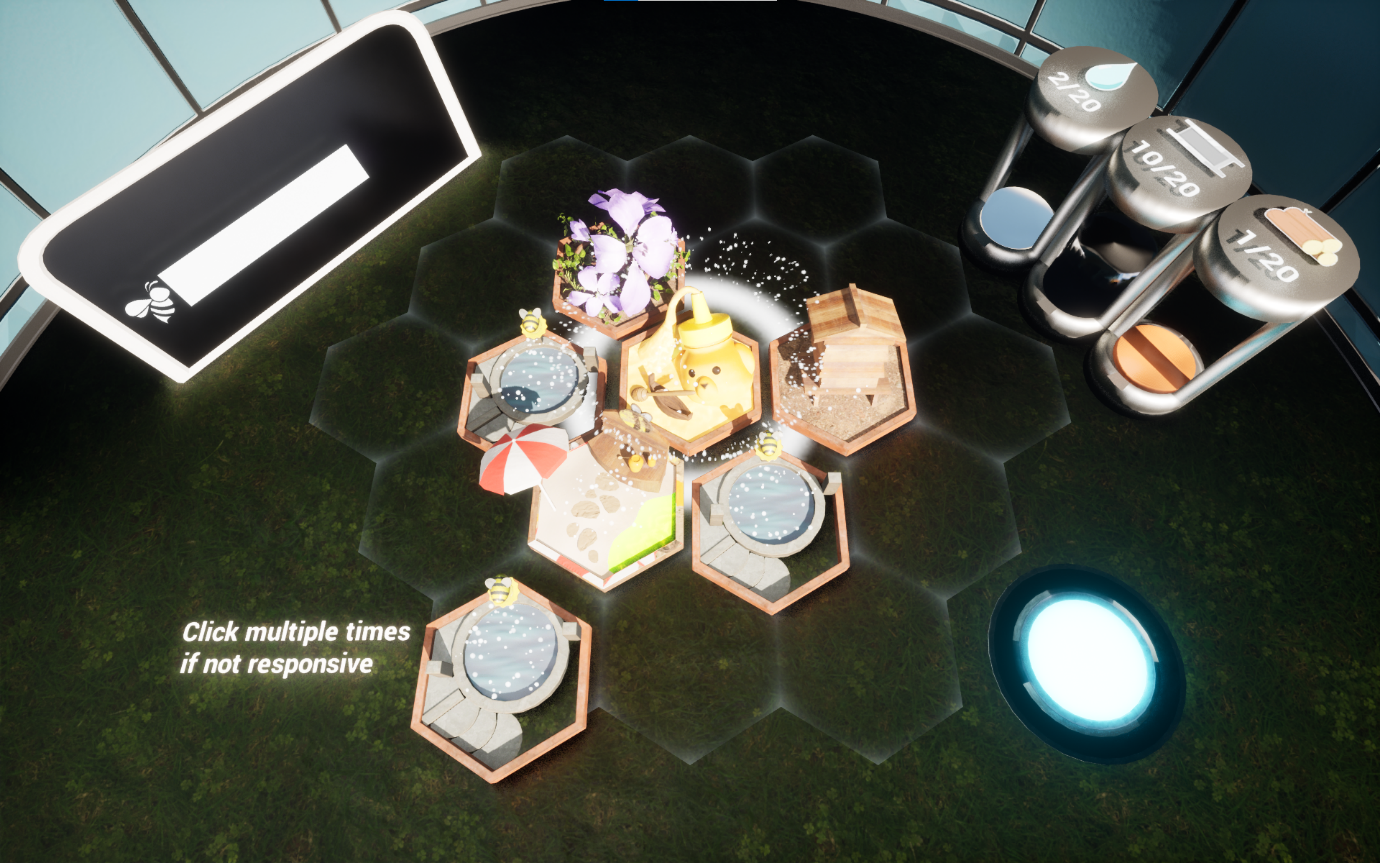 Jury comments: BBBB by KL is deserving of the theme and diversifiers award as the game succeeded in covering many topics well while providing a fun and consistent game experience. We especially enjoyed the high-end visual rendering and the core mechanics!

Honeymoon is a Bloodborne-esque action-adventure game, where you find yourself in a world conflicted with a moral dilemma: Supporting the birth of a new dominating civilization based on nature – the Bees or protecting the dying world you are part of – Humanity.

From the depths of a ruined city corrupted by mutations to the pheromone-controlled Hive city of the Bees, you will venture through a journey filled with action and choices that will decide the fate of the Earth’s biosphere.

In the beginning, you will see the Bees as monsters but as the game progresses, you will have to collect nectar, and eventually metamorphosize Bee-like features and strengths. Only then, may you see the Bees for what they really are, beautiful and powerful creatures that are fighting for the renewal of Earth’s lifeforms and eradicating the real dangers of the world – YOU. 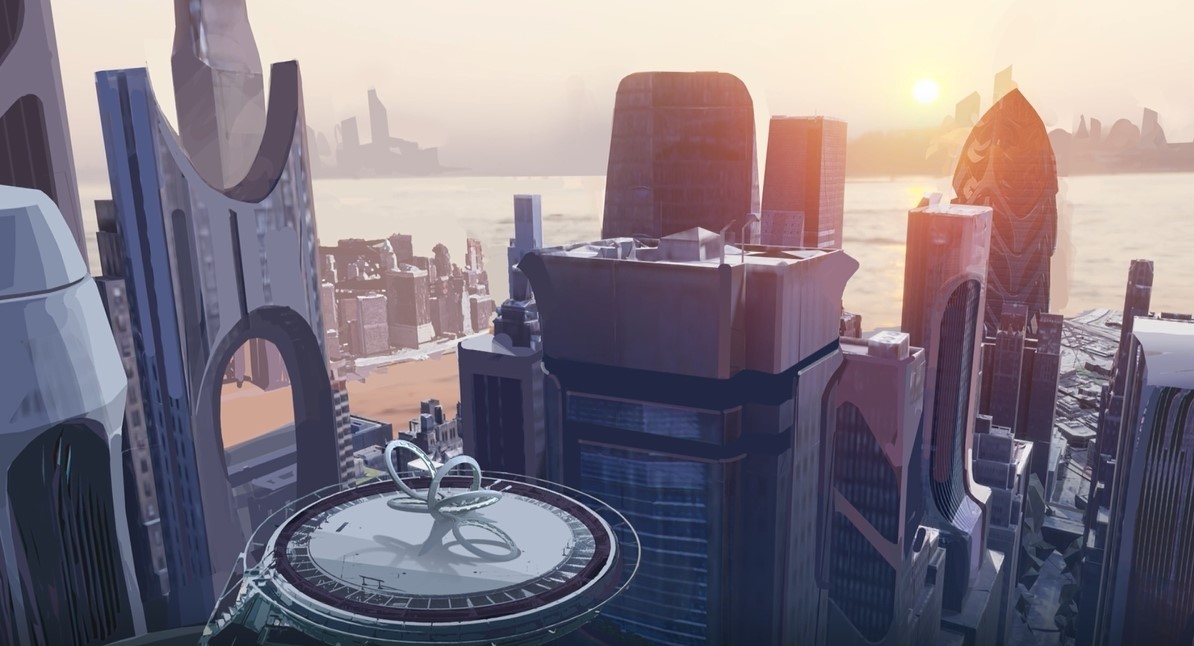 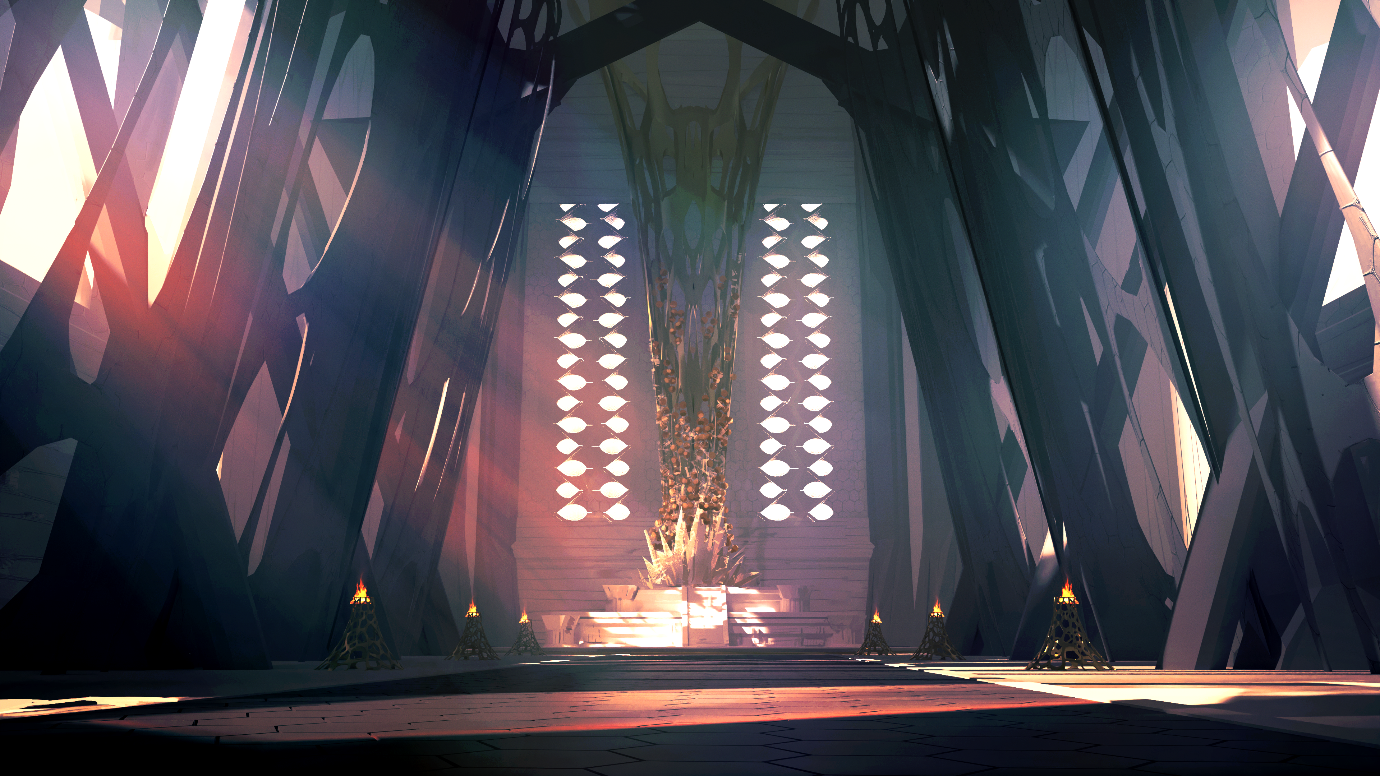 Jury comments: Honeymoon from MTL is a great trailer! We particularly appreciated the high quality and great variety of concept art, voice acting, the concept that resonates with the diversifiers, and the uniqueness of the fantasy.

You’re Jimmy Sunset. While you’re driving in the desert on the way to a new life, you remember the events encountered during your journey which led you here, at this precise moment. 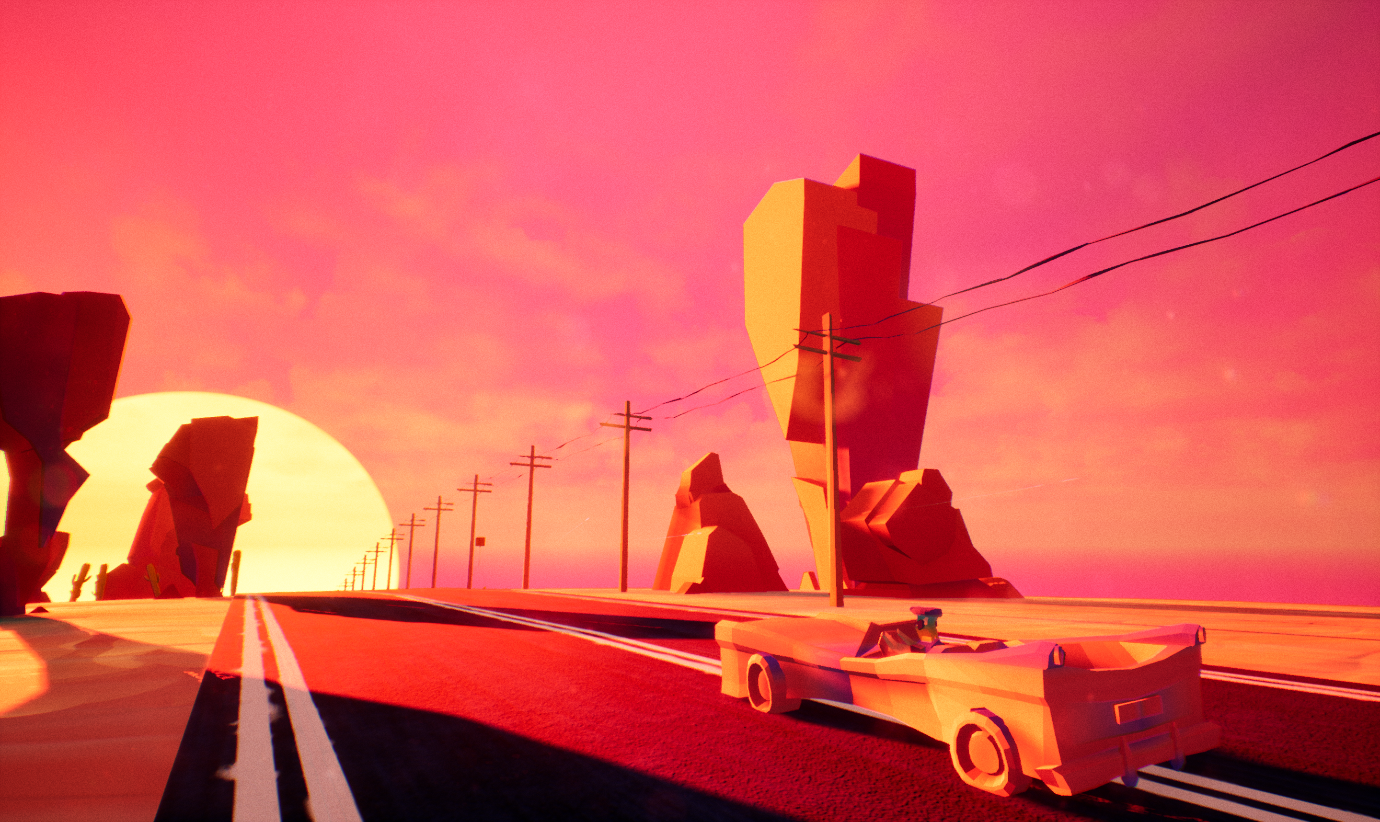 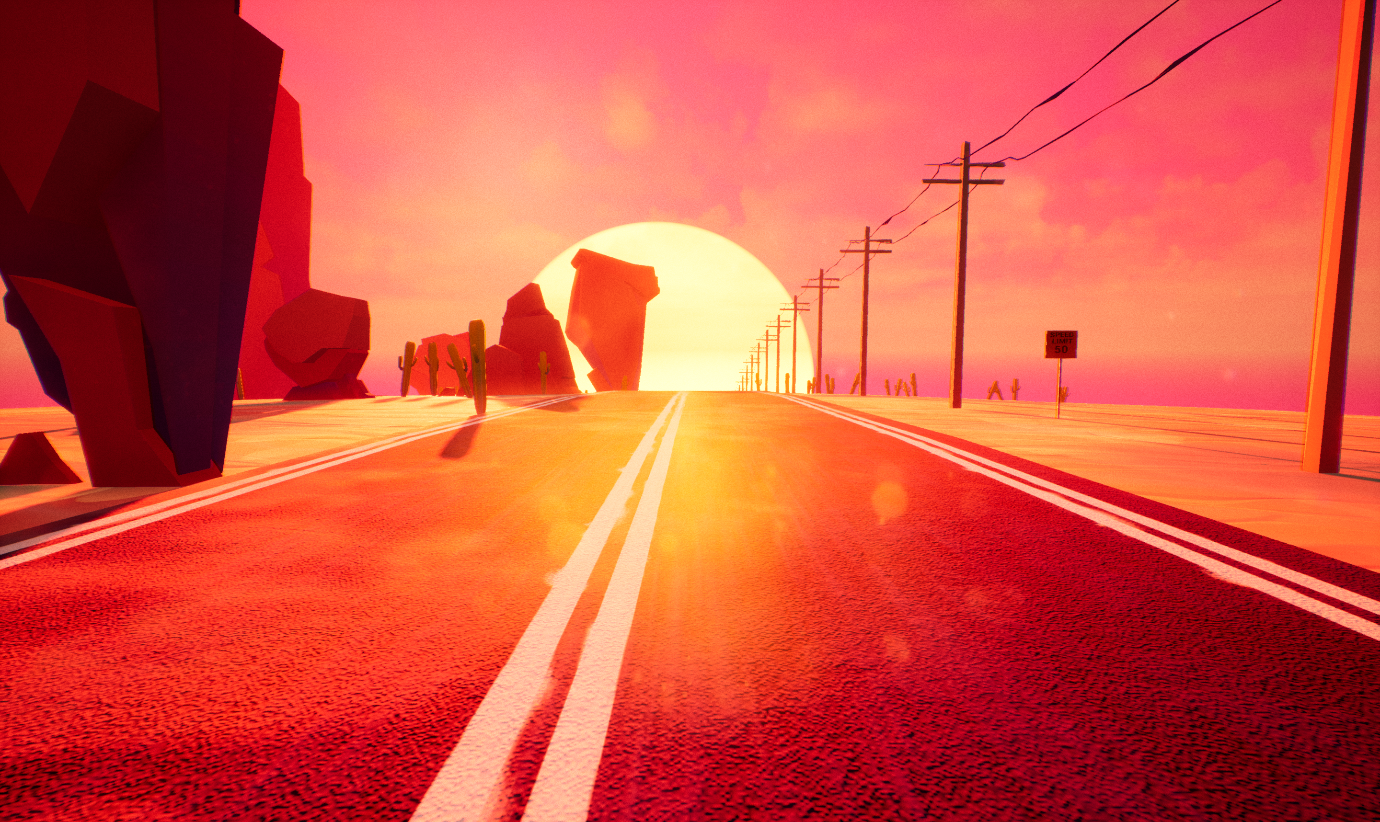 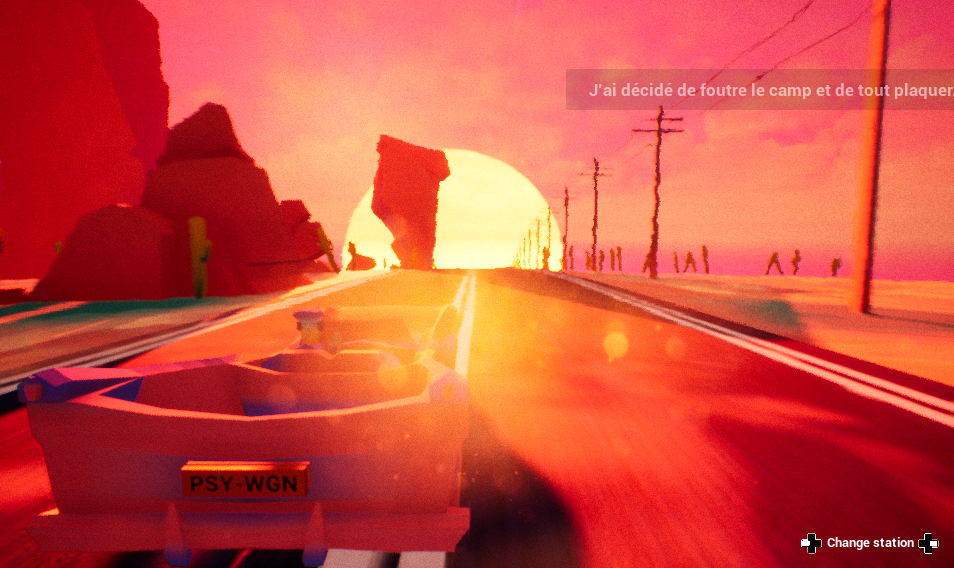 Jury comments: “BAGARRE from PA has conquered our hearts with its fascinating dream-like atmosphere. The refined design concept is greatly supported by the game’s music and visual arts. We can’t wait for a multi-language update!”

“Thank you to all of our jammers for your innovative creations in this very first Virtuos-exclusive game jam! I can’t express enough how grateful I am to play your games and to witness the fun you had in making them,” said Nicolas Roginski, Associate Design Director, Virtuos Paris. “I want to also thank everyone who made this possible: studio managers, coordinators, Marketing, IT, my fellow jury members, and lastly, Gilles (CEO) and Christophe (Head of Game Division) who supported this great event. A game jam is truly a way we bring to life our Virtuos purpose – we make games better, together!”

Once again, we thank all of our Virtuosi who participated and embodied our values of excellence, trust, and positivity to make games together.