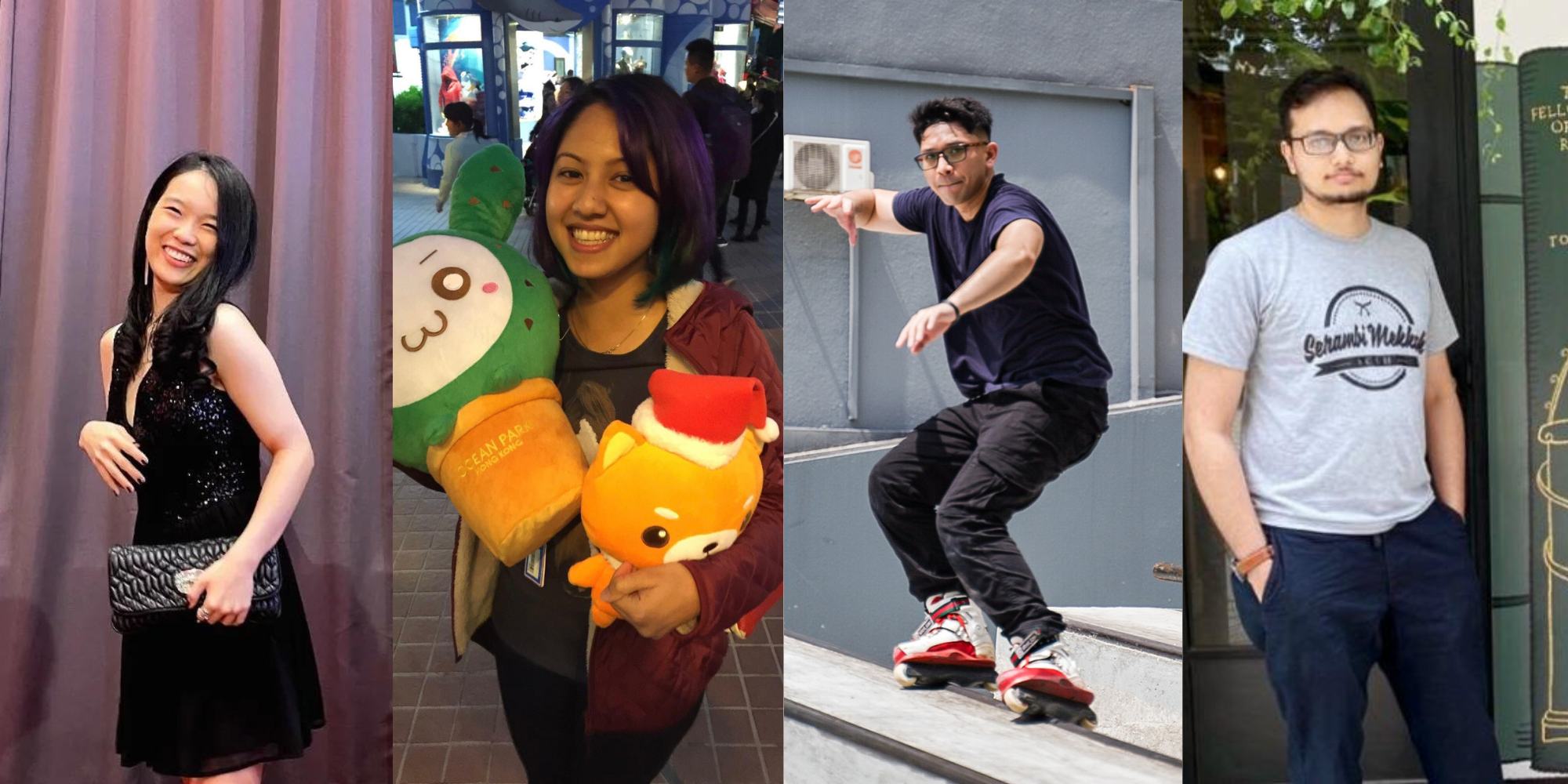 Virtuos Insider: Meet the folks behind your favorite games at Virtuos Kuala Lumpur!

This article is part of Virtuos Insider, a series of interviews where Virtuosi share about their careers and experiences in the company and video game industry at large. In this installment, we chat with four colleagues from Virtuos Kuala Lumpur (KL) to learn more about what it’s like to be part of Malaysia’s burgeoning game development scene.

Virtuos Kuala Lumpur (KL) officially opened its doors on 12 August 2022, delivering full game development, engineering, and art production services to some of the world’s biggest game developers and publishers. Helmed by Mufizal Mokhtar as General Manager, Virtuos KL was founded by a team of Malaysian industry veterans who have returned home to launch the studio.

Our Virtuos KL team has worked on AAA titles including the Meta Quest 2 adaptation of Medal of Honor: Above and Beyond. Home to 90 passionate individuals, the studio comprises many experts and supportive project managers collaborating to make great games together.

Speaking to four colleagues from our KL team, we learned about life in the studio and what it’s like working in Malaysia’s games industry: 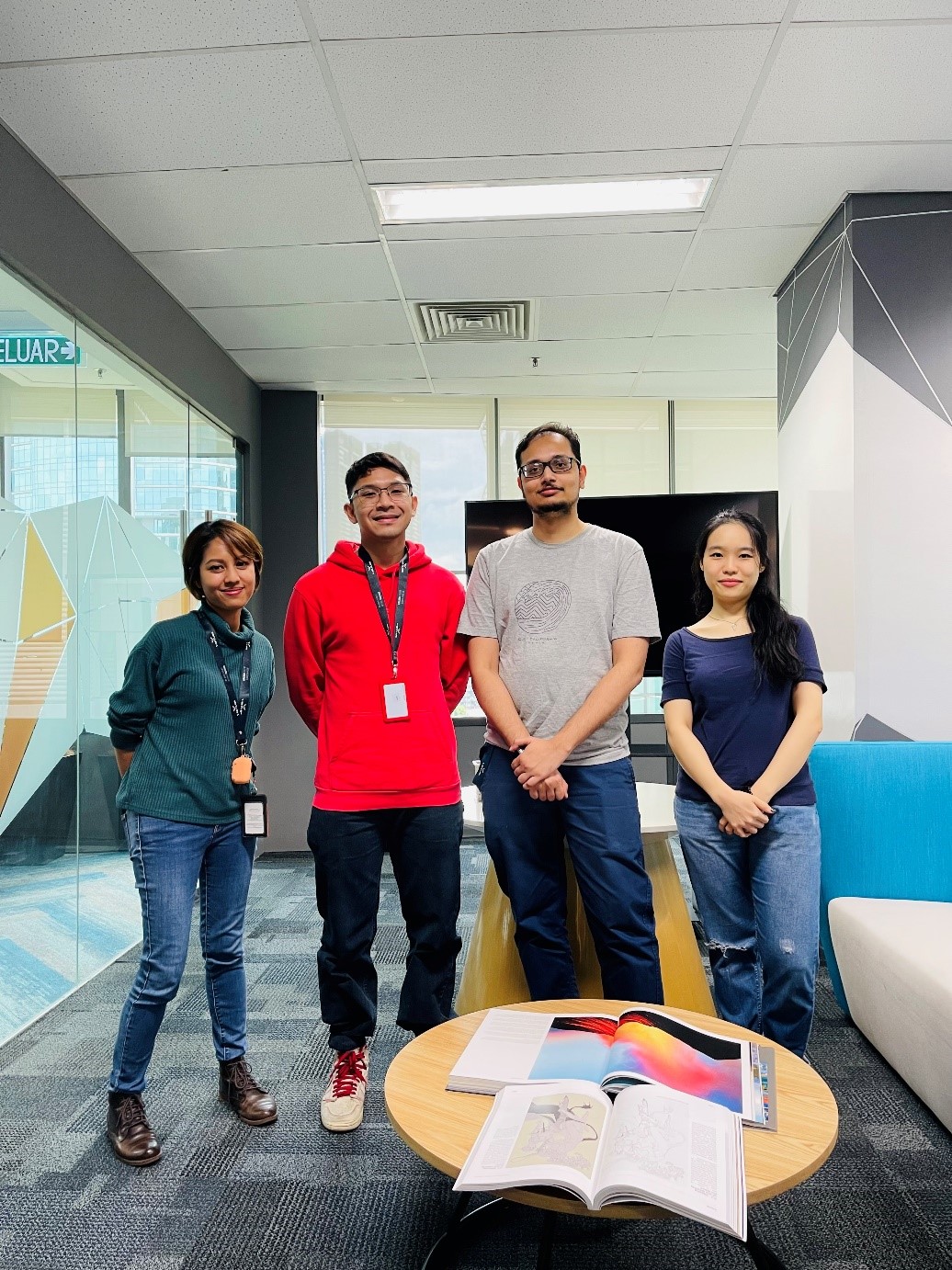 Read on for the full interview!

How long have you been in the games industry?

Shereendar: I started working in the games industry in 2011 as a 3D artist before becoming a 3D character artist, so it’s been about 11 years!

Yusri: I’ve been working on games for about seven years.

Isis: Actually, I just joined the industry this year.

Zhafri: I’ve been in the games industry for almost a decade. I previously worked as an indie game developer, and now I’m dabbling in AAA games at Virtuos.

What keeps you going in this industry?

Yusri: Paying rent while doing what I love keeps me going (lol). Jokes aside, working on games is full of surprises and a constant learning process. At the start, all I wanted was to make AAA games. However, as I experienced making different games from mobile, indie, to AAA, I realized how interesting all of them were. In the end, simply being able to create fun games – that’s what keeps me going.

Shereendar: I enjoy the process behind making game characters, from the technical aspects of creating a character to the storytelling behind every detail and expression the character makes. I also find great joy in watching my family and friends play my final product. Seeing them share my excitement makes everything worthwhile.

Zhafri: I love creating games that impact people’s experiences and emotions just like how they did for me as a child. On top of that, the process and collaborative effort it takes to create a game is very fulfilling.

Isis: As I’m pretty new to game development, I’m still gradually learning more about the industry. So far, I deeply enjoy learning about what goes into making a great game. Before joining, I thought making games was a simple process, but now I see that there’s a lot more to it than simply creating art assets and writing a story.

How did you get here in your current role in Virtuos? Was this always the plan?

Shereendar: I was introduced to Virtuos by friends who joined Virtuos KL and had the opportunity to speak to Ian, our production director. While it wasn’t exactly planned initially, I figured it was an excellent opportunity as I’d be able to work on a wide variety of games while experiencing full-stack game development within a studio.

Isis: I was introduced to Virtuos through an acquaintance, took a leap of faith, and here I am! I previously studied Mass Communications, so it never occurred to me that I could pursue a career in the games industry. Now that I’ve joined Virtuos as a project coordinator, I realized that all I needed to do was to expand my horizons and never say never.

Yusri: It wasn’t exactly planned at first, but I had the opportunity to meet Mufizal (our general manager), Ian, and other veterans from the studio to discuss a career at Virtuos KL. I was excited to see the team under their leadership, so I jumped at the opportunity without hesitation.

Zhafri: After years as an indie dev, I wanted to try and experience actual AAA game development.

I was drawn to the fact that Virtuos KL is spearheaded by several legendary Malaysian developers. I had always heard stories about these accomplished local game developers who made it big overseas and had always admired them.

I tried my luck in hopes that I’ll be able to learn and work with them. To my surprise, they were impressed with my work and accomplishments during the interview and offered me a role as a senior artist. Was it planned? Not really, but it definitely felt as though the stars aligned!

Tell us something interesting about Virtuos/Virtuos KL!

Shereendar: The folks at Virtuos KL are very generous, especially with food. There is always someone buying kuih (traditional snacks and desserts), ice cream, tidbits, and nasi lemak for everyone in the studio. A word of warning, though: we gobble them up as soon as it’s announced on Teams. If anyone comes for a visit, know that you will never be hungry. Prepare them bellies! 😀

Isis: As a fresh face to the industry, it’s fascinating how we can work simultaneously on the same project with people halfway across the globe. I genuinely admire our colleagues’ passion and drive to create the best games out there.

Yusri: On a larger scale, Virtuos has a tight-knit communication network that allows employees to collaborate and learn from each other regardless of where they are. It’s interesting to observe how different teams in Virtuos manage their team dynamics and work in tandem.

Zhafri: It’s been a fascinating experience to work and collaborate with other studios – not only with our clients, but also with the international Virtuos family. I have also gained lots of valuable knowledge from our legendary veterans on how to further improve my craft. They’ve been very open with us when it comes to sharing advice, and they’re constantly allocating time to spend with the team and helping us grow professionally.

Isis: My latest obsession is Valorant and I’ve been playing it almost every day after work whenever I have the time. Besides that, I enjoy the occasional classic horror game, such as Onimusha, a samurai-themed horror game, or Ib, a 16-bit horror game from 2012.

Shereendar: I think my favorite game of all time has to be Chrono Cross. It was one of the titles that made me fall in love with games.

Yusri: Legend of Mana is one of the best games I’ve ever played.

Zhafri: I have several favorite games, but the one that truly inspired and motivated me to pursue a career in the games industry is Metal Gear Solid, which I played on the PlayStation 1. This game’s had a long-lasting impact on me in many ways, including my perspective on how to create a memorable game experience.

Tell us one thing people at work don’t know about you.

Zhafri: I was involved in creating a full-fledged PC multiplayer game called Eximius: Seize the Frontline, right here in Malaysia.

Isis: I have three siblings, each named after ancient Greek gods or deities, while I’m the only child named after an Egyptian goddess.

Shereendar: I have a lot of hobbies, but the one I enjoy most besides playing games is making pottery.

Yusri: I am an avid skater, and I enjoy aggressive inline skating and skateboarding. I guess everyone will know after this! 😀 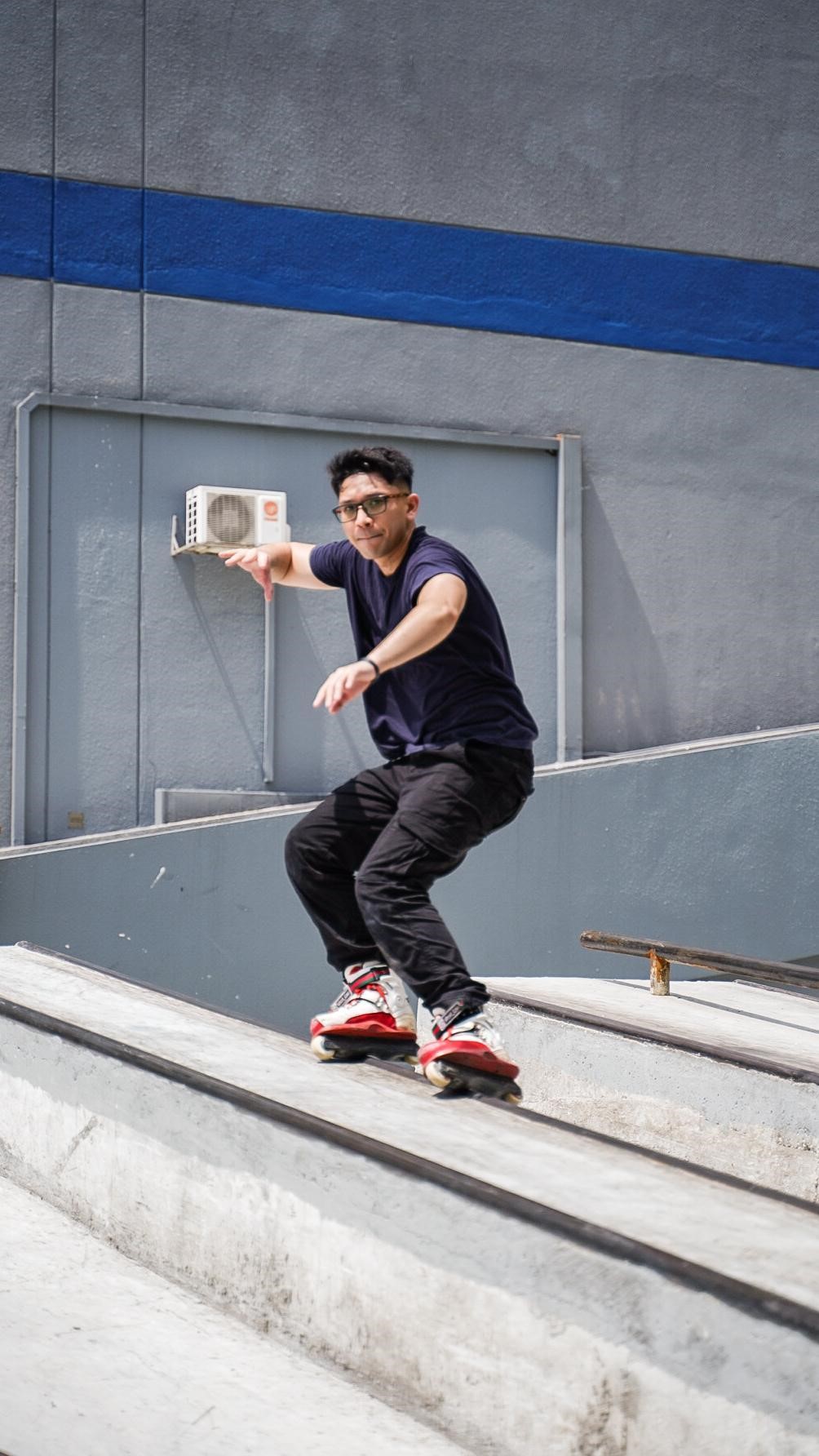 Yusri as an avid skater – possibly one of Virtuos KL’s best-kept secrets?

What advice would you give to someone considering a career in game development?

Shereendar: My advice is to equip yourself with solid fundamentals, be it in art, coding, or design, and always be open to learning new technology and workflows that will help improve the quality and efficiency of your work. This way, you’ll stay relevant wherever you go.

Yusri: Contrary to popular belief, a career in the games industry is not a linear path. From my experience, I graduated with a diploma in illustration with no 3D knowledge and started my career as a concept artist. Years later, I’m a technical artist at Virtuos and specializing in something I didn’t know about when I first graduated from school. What you initially wanted to do could turn into something else in the future, and it will be easier if you embrace it instead of fighting or overthinking it.

Zhafri: Just try. If you want to enter the games industry, the resources available today are way more than what was available years ago. Join some online game development communities and forums and ask questions. You’ll be surprised how many people are willing to spend their time answering and guiding people in this field. I hope this advice will help inspire and kickstart their game development journey!

Thank you, Isis, Shereendar, Yusri, and Zhafri for sharing your experiences with us! With the launch of Virtuos KL, we are excited to play an active part in Malaysia’s game development industry and its digital ecosystem. And as we continue to expand, we look forward to welcoming new talent to join our multicultural team and making games better, together.