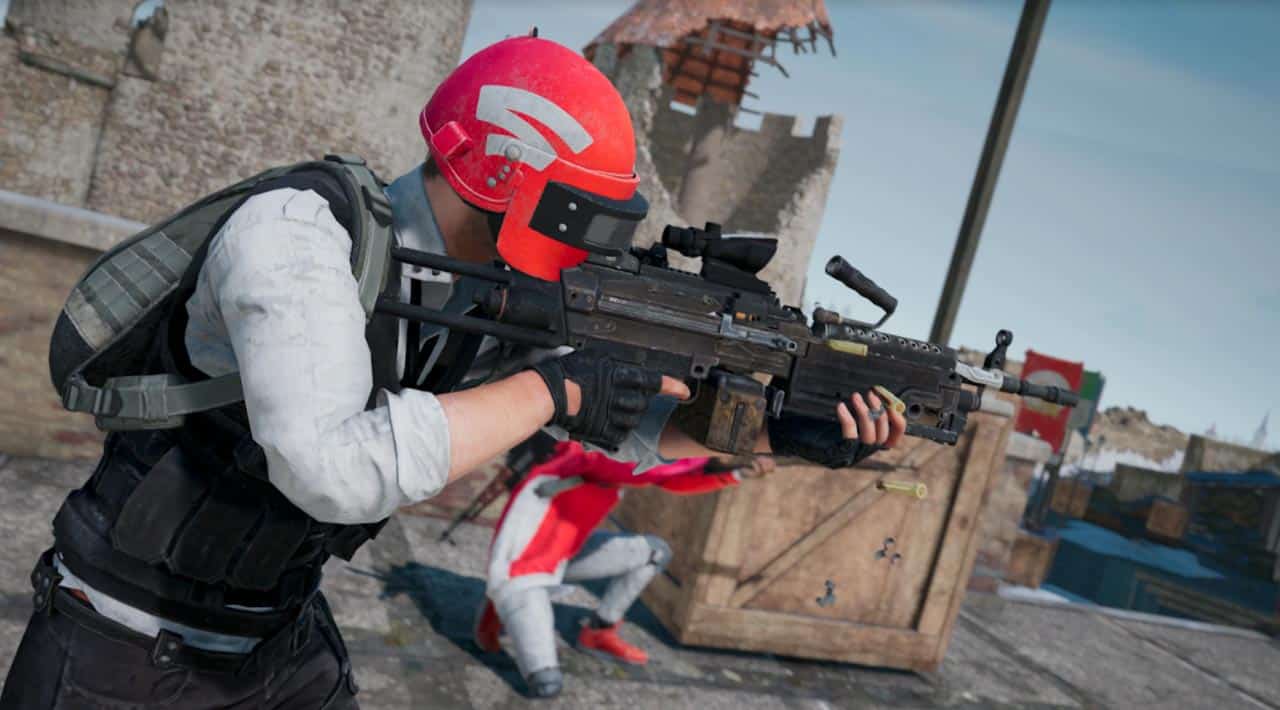 This article is part of an editorial series of Expert Talks by Virtuos, aimed at sharing the learnings and best practices in global game development and art production. In this instalment, Virtuos shares learnings from developing PUBG for the Google Stadia platform.

In November 2019, Google released Stadia – its own gaming platform. Stadia’s primary unique selling point was that it functioned as a cloud gaming service; the player would be fed a high-quality stream of their game of choice, while the actual program and the computing power required to run it remained within Google’s server infrastructure.

In line with the plan to release new games beyond Stadia’s initial launch, PlayerUnknown’s Battlegrounds (or PUBG for short) was selected as the first battle royale shooter to be adapted for the platform, with Virtuos executing the project in close partnership with PUBG Corporation and Google. 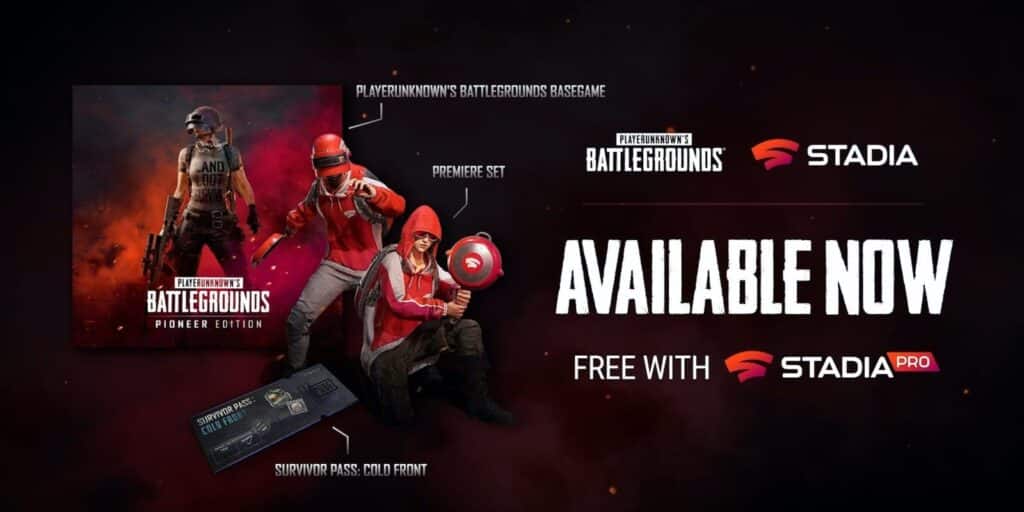 The team working on PUBG for Stadia was charged with four objectives:

Throughout its development, there were several obstacles that the development team had to contend with for the adaptation of PUBG for Stadia.

Unlike other consoles featuring years of iteration on their hardware and software, Google Stadia was an entirely new entity, which meant that the knowledge and experience required to develop and/or adapt a game had to be gained from the ground-up.

This, along with the fact that there were no pre-existing examples for reference, consequently presented the team with a project riddled with unknowns. Everything from the various features and functions of the platform, to the possible support of various control schemes was a question that needed answering before proceeding with the project proper.

The solution to this was a meticulous, comprehensive effort in researching what Stadia can offer and how it worked, while working against time to produce a proof-of-concept version of the game that could run on the platform.

Right from the start, the Stadia platform presented the team with two roadblocks to contend with. The first was that it featured an architecture based on a hybrid of Linux and Vulkan – a somewhat unique configuration. The second was that the version of Unreal Engine 4 used by PUBG did not support Stadia natively at the time.

In order to successfully show that adapting PUBG to Stadia was possible in the first place, the team first had to invest a significant amount of time and effort into implementing Linux and Vulkan compatibility to the game, while also modifying the UE4 engine to follow suit. Once that was done, the team’s focus shifted to upgrading the relevant middleware to support the platform.

The last and most important milestone for the team was to confirm that this set-up was able to run and render the game, and project the final stream successfully onto a test client device.

Upon verification that this was accomplished, the adaptation work consequently began proper.

As an online multiplayer shooter, it was paramount that PUBG for Stadia run seamlessly across all devices, with no latency nor framerate issues.

The latency part proved to be surprisingly manageable; there were little to no problems of the sort plaguing the team throughout the development process. In fact, the game ran without any hitches on days with decent internet connections, which is incidentally the deciding factor on whether or not a player would experience lag during gameplay.

The more intricate aspect of this challenge lay on the framerate side.

To achieve the best framerate possible, the team first analyzed the functions in the software’s program thread to learn which occupancy rates were higher, before optimizing said functions to reduce the occupancy rates. Next, they paid attention to the quality of the art assets used in-game; if the visual effects are set too high, the increased load on the GPU would may in turn affect the framerate. A balance thus had to be achieved between optimization and fidelity, the exact degree of which was agreed upon in another round of discussions.

To Stadia’s credit, the sheer processing power of the servers working behind the scenes meant that it was possible to achieve a stable framerate and reduce input lag while preserving graphical quality was exceedingly doable.

The team that was assigned to tackle this project is based in Virtuos’ Shanghai studio. While having amassed significant experience in adaptations from prior projects, their location soon proved troublesome as they had no local access to the Stadia Dev Kits.

This issue was solved in two parts. First, part of the team was dispatched abroad to another Virtuos studio in Paris which had the dev kits onsite, allowing the selected personnel to interface with them in person. The rest remained where they were in Shanghai and continued their work via remote connections with the dev kits. This arrangement was met with huge success – since the conclusion of the project, Virtuos has progressively implemented more remote accessibility to various dev kits for its dev teams, allowing sustained productivity even while outside of studio premises. 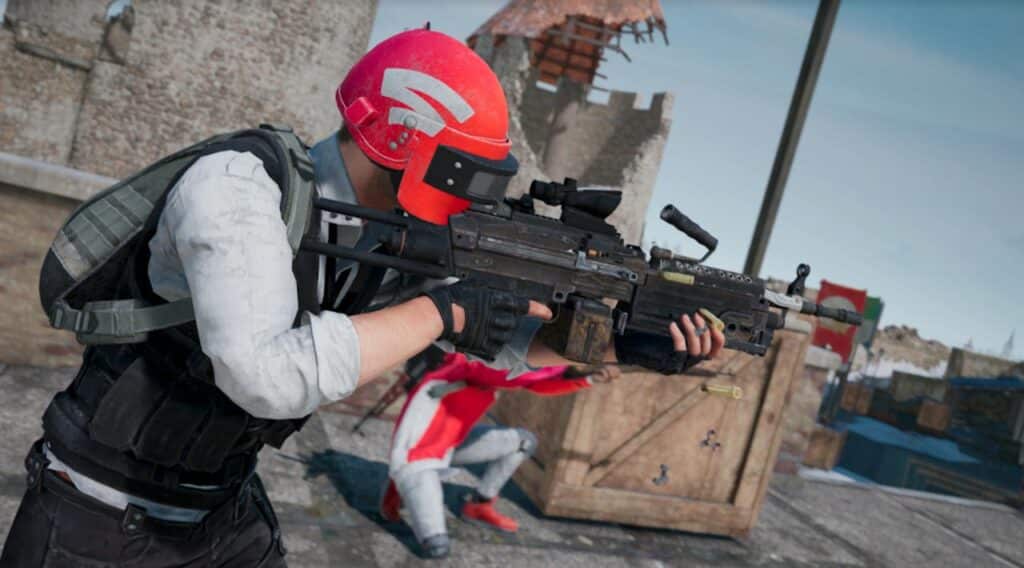 The team behind the adaptation of PUBG for Stadia was able to conclude several new findings from their experience:

With the completion of this adaptation, Virtuos has gained significant experience in terms of game development for Google Stadia, and is now already working on several new adaptations to bring more games to the platform, giving players access to the ‘Click and Play’ experience everywhere.