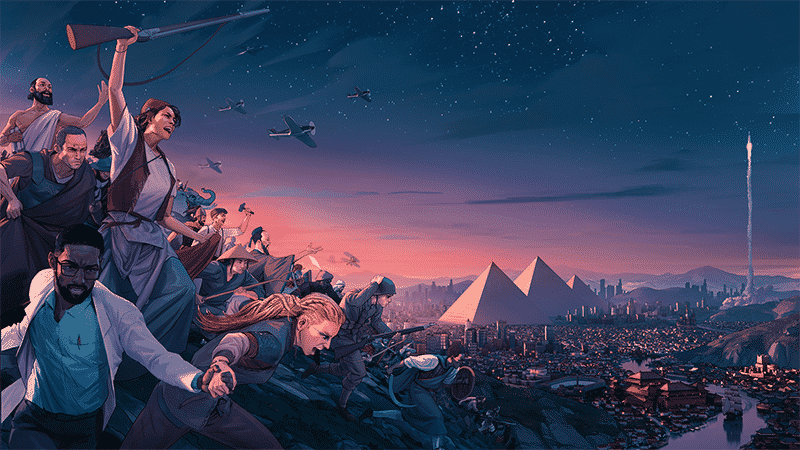 By Julia Yeo5 October 2021No Comments

The Virtuos Chengdu team had the pleasure to be involved in the making of this title, providing art assets used in Humankind’s concept and character art. It was a rewarding experience for the team, who had the opportunity to contribute to the refinement of the 4X genre by making player avatars customizable.

Considered as Amplitude Studios’ magnum opus, Humankind is an ambitious game that revitalizes the 4X (Explore, Expand, Exploit, Exterminate) genre with its unique gameplay. By allowing players to select from 10 different cultures over six eras in each game playthrough, players can potentially choose from one million possibilities to form their civilization in Humankind.

The release has been a remarkable success, breaking into the top 20 games on Steam on its debut week. As of 16 August, Humankind also received many favourable reviews and a score of 4.5/5 on GamesRadar, and has been praised for its beautiful graphics and interesting take on a venerable genre.

With Humankind being the first of many future partnerships between Virtuos and Amplitude Studios, we look forward to the next collaboration in the team’s upcoming projects.

Amplitude is a team of experienced, quality driven video game lovers and creators of the finest strategy games with the help of our players! Founded in 2011 and acquired by SEGA in 2016, we are a team of over 140 developers based in Paris with an international team hailing from all over the world. For more information about Amplitude Studios, please visit www.amplitude-studios.com.