This article is part of Virtuos Insider, a series of interviews where Virtuosi share about their careers and experiences in the company and video game industry at large. In this instalment, we chat with Thuy Tien and Cam Nhung, our line producers at Sparx* – A Virtuos Studio to learn more about their career transformation journeys within the E2E working environment that our studio offers.

Since joining Virtuos in 2011, Sparx* has not only evolved to achieve the highest quality in art production but also successfully collaborated with world-class studios to deliver richer definitions for their projects, be it in games or films. By investing tirelessly in both scaling up the teams and diversifying the skill map of its members, Sparx* today provides a full range of animation and game art production services, from pre-production to playable – culminating in an end-to-end (E2E) offering with added value for our clients and partners. This expansion also comes with great opportunities for every Sparxer to explore, experiment, and advance their careers through different roles and pathways – an E2E work environment as it is usually referred to within Virtuos Group.

Thuy Tien and Cam Nhung – the first two line producers at Sparx* – are inspiring examples of how these E2E job experiences have empowered our talent to wear multiple hats and level up swiftly from their humble beginnings. In this interview, let’s listen as they share their journeys, the obstacles and opportunities they have each faced and received, and what they look forward to in the journeys ahead on the Sparx* side.

1. What made you decide to join Sparx* as an art producer?

Tien: Working on animated films has been my dream since high school. Although I didn’t have any artistic skills, I hoped to find a job that could satisfy both my dream and harness my capabilities. After my graduation, my chance came along as my friend – who also joined Sparx* as a producer later on – shared with me that Sparx* was looking for an animation director assistant. I applied immediately, got recruited, and eventually became an art producer when the opportunity came along.

Nhung: My only background expertise at the time was in Japanese interpretation. Coincidentally, a headhunter told me that Sparx* was looking for a Japanese-speaking producer. I had always been interested in Pixar’s 3D animation pictures, so I applied for Sparx* in hopes that I get to learn more and be a part of the computer graphics (CG) production process.

2. How did you transition into the role of a line producer – someone who oversees the entire production pipeline involving multiple specialized teams?

Tien: In my second year, I was working on my first TV series project Star Wars Rebels, and our studio needed a new line producer to oversee the entire production pipeline. I naturally assumed this role as the studio assessed that I had been performing well as an animation producer. My eagerness also urged me to learn about other production stages to handle more animation-related issues, so I guess it was a mix of requirements from the project and my advancement goals.

Nhung: As Sparx* was taking on more projects due to the increasing demand, Sam – our General Manager – appointed me to the line producer position to oversee the production processes across teams collaborating on projects. The advancement also aligned with my goal of exploring the pipelines in both game and animation projects more, so I was happy to take on the challenge.

3. How have your jobs evolved since working on E2E projects?

Tien: Briefly speaking, it is a process of mastering a range of skills, including mentoring. I have learned to handle projects at any phase: conducting an ongoing production to its end, setting up new projects from scratch, and how to incorporate other projects within the overall pipeline. During this process, I also learned how to better collaborate with different teams, which has improved the way I supervise projects to completion, as well as how I could mentor other producers. Personally, it has been a long journey for me to go from unfamiliarity to mastery of each stage in a project. Every new project comes with new challenges and new opportunities – the more challenges I take on, the better a producer I can become.

Nhung: In the past, I used to only work on asset modeling projects. After I started working on E2E projects, I became acquainted with more production stages from our many different teams, ranging from various tools to disciplines. I have gained a clearer understanding of the bigger picture of assembling multiple components across production stages, especially the interdependence between the teams. The exposure has enhanced my planning and risk management skills for even more challenging projects to come. 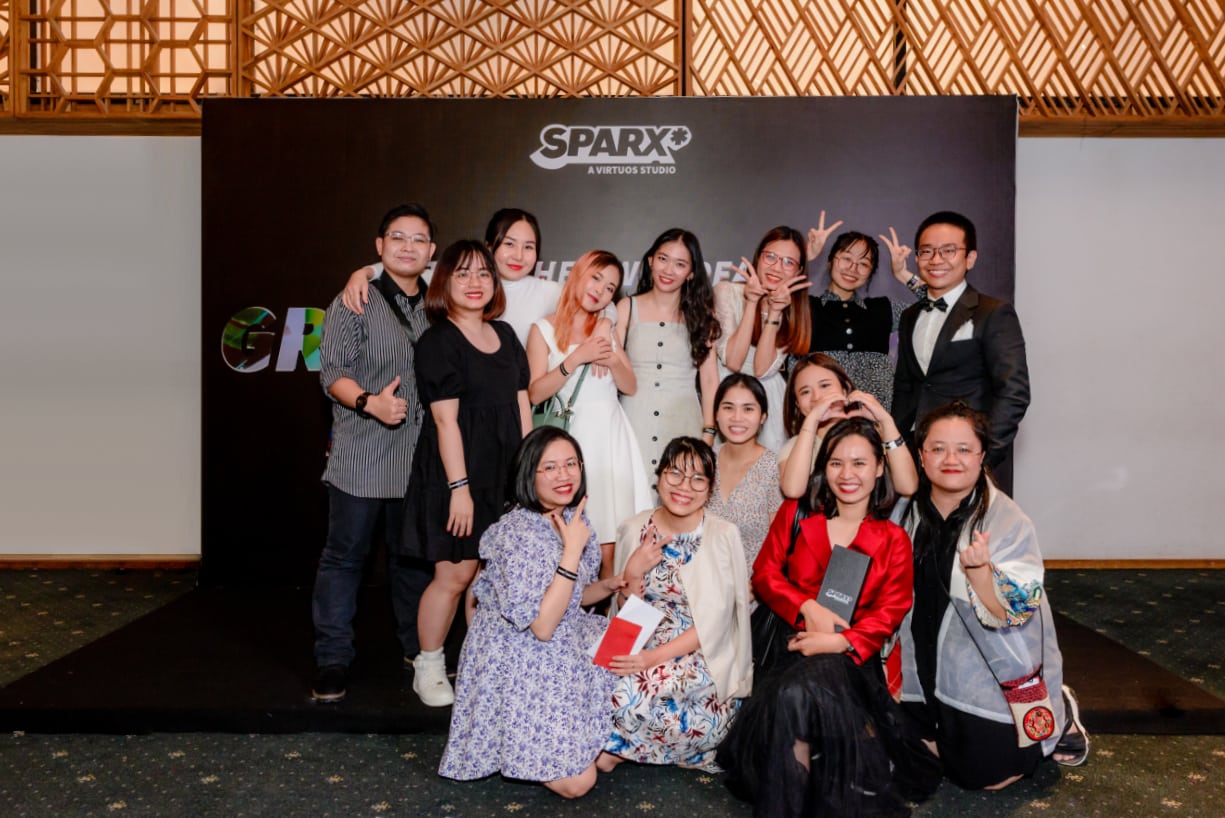 Thủy Tiên and Cẩm Nhung with other producers at Sparx*

4. How has the E2E experience supported the achievement of your personal goals?

Tien: I think I am quite practical when it comes to goals and dreams – I often adapt my goals to match the current situation to make sure they would not be too far-fetched. So, the E2E experiences I have had over recent years indeed matched with my initial dream of working on animated features. My greatest achievements by far were the catalyst for three TV series projects and one feature film at the studio as Line Producer and I am both proud and happy with it.

Nhung: Working on E2E projects has given me the opportunities to approach more diverse projects with different clients. Although it’s challenging, it presents great chances to hone my management skills at all scope, budgets, and degrees of risk, to reach my ultimate goal of becoming an adept project manager.

5. How can you see your career moving forwards in the future?

Tien: I am currently learning more about game cinematics production, as it is one of the new areas that Sparx* is focusing on. At the same time, I am also aligning my E2E expertise with motion capture (mocap) projects, which is fairly new to me as I had mostly worked on pre-rendered projects. I look forward to accomplishing this goal and making it one of my personal milestones while working at Sparx*.

Nhung: At present, most of the E2E projects at Sparx* I oversee are only cross-department. In the future, I hope to work on more cross-studio projects with larger and more complex scope of work. 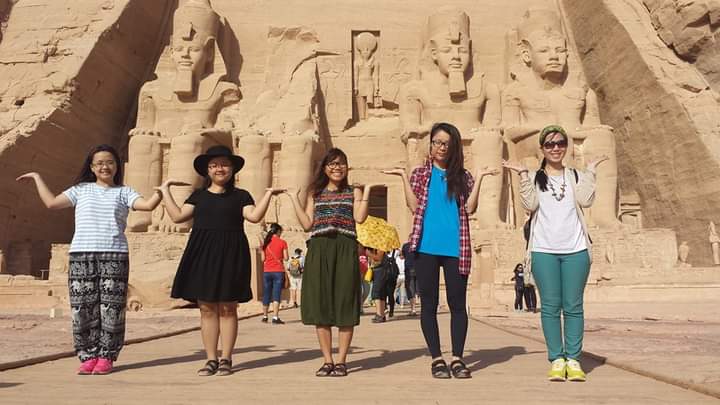 Thuy Tien, Cam Nhung and other Sparxers, taken in front of the Abu Simbel temple in Egypt.

6. What advice would you give to anyone aspiring to become producers or line producers at Sparx*?

Tien: To those who want to become Line Producers, I would say be more proactive. Start by taking part in one E2E project to learn how all departments collaborate, and especially how your line producers work as well.

Nhung: Step out of your comfort zone and explore other departments. I think it’s also crucial to let your direct manager know your advancement goals so they can support you with the required training opportunities.

Thank you for your time, Thuy Tien and Cam Nhung. Best of luck on your journeys ahead!

With the E2E environment at Sparx*, we offer our studio members endless opportunities to grow and discover all career pathways in the digital entertainment industry.