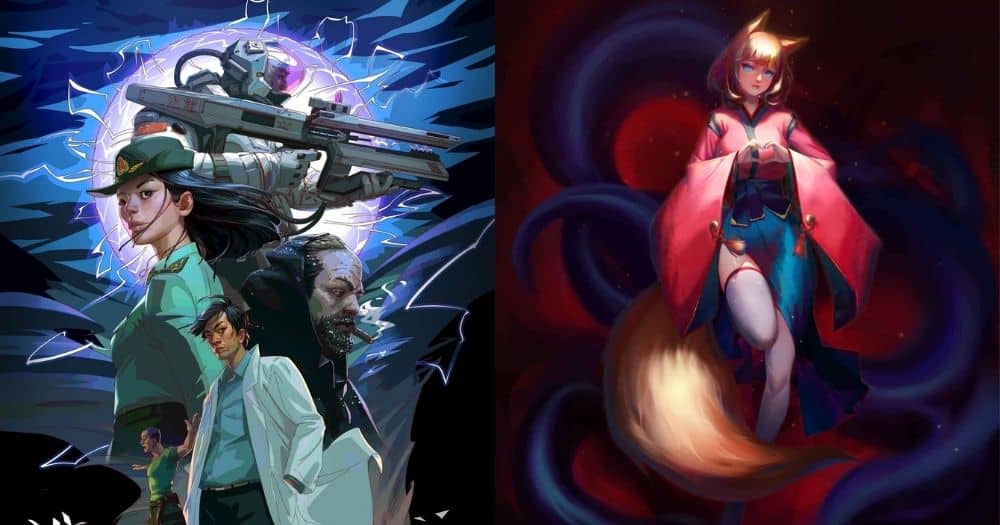 How Original Anime-style Characters Are Created, As Explained by Virtuos Artists

This article is part of an editorial series of Expert Talks by Virtuos aimed at sharing the learnings and best practices in global game development and art production. In this installment, Chen, Lead Artist, and Jing, Senior Artist at Virtuos Chengdu take us through the process of creating original anime-style characters for a recent ACG Jam contest.

Anime art is a uniquely stylized form of two- and three-dimensional illustration and animation that originated in Japan in the early 1900s. Officially recognized by the Japanese Ministry of Education as one of the most important forms of artistic expression in modern Japanese culture in 2000, anime-style art has been highly popularized internationally in the form of films, animation and games. The art genre has also evolved over the years, with more realistic character designs and richer animation with each generation improving upon previous works.

While anime art may seem easy to the unknowing, an artist’s solid fundamental skills are essential when it comes to drawing high-quality anime art, despite how simplistic it may seem. To start off, the artist must possess a strong understanding of basic anatomy to draw believable characters, and have a good sense of perspective when drawing characters and backgrounds in order to create the illusion of a 3D object on a 2D surface. Besides anatomy and perspective, a good grasp of color theory concepts such as saturation, values and contrasts are also key to creating a visually pleasing and interesting anime art piece.

To give our artists an opportunity to explore and design various forms of anime-style character art outside of their regular projects, our team at Virtuos Chengdu organized an Animation, Comics and Games (ACG) Jam design contest for them to flex their creative skills.

“While the organizers were formulating the topic of this competition, we deliberately chose a style that has been rarely covered in the teams’ usual projects. The purpose of this ACG Jam is to explore the potential and hidden skills of our artists, and we are glad to see that everyone was able to showcase their versatility in art styles through the contest,” said Liu, one of the art directors on the judging panel.

“Besides our artists from the Concept Art department, colleagues from the 3D Character and Technical Art teams also took part in this contest and submitted unexpectedly impressive sketches, showing their artistic skills outside of their expertise.”

In this Expert Talks installment, we spoke to two of our winning artists in ACG Jam to learn more about how to create original anime-inspired characters. 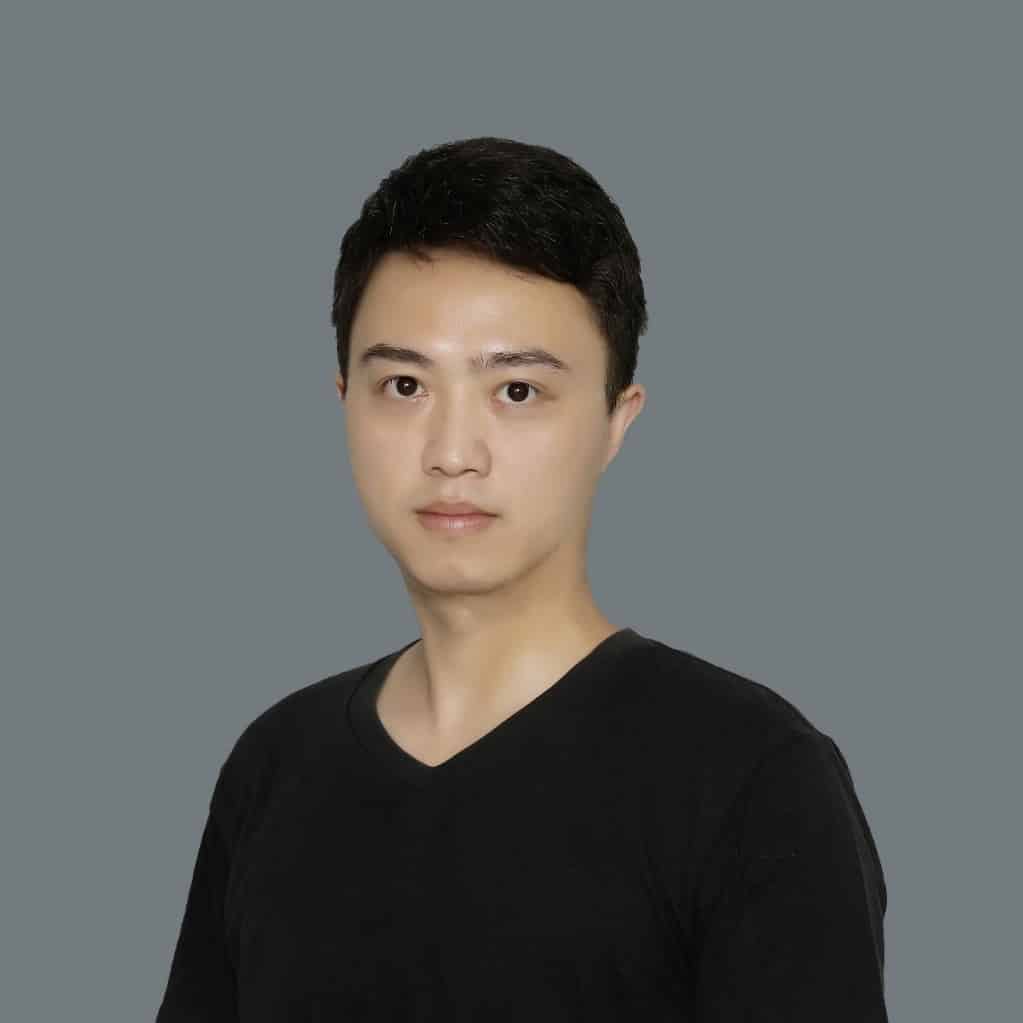 We spoke to Chen, the lead artist at Virtuos Chengdu who won the Most Popular Award in the ACG Jam with his submission titled “Ball Lightning”. The “Most Popular” award was determined based on internal voting by Virtuos employees. 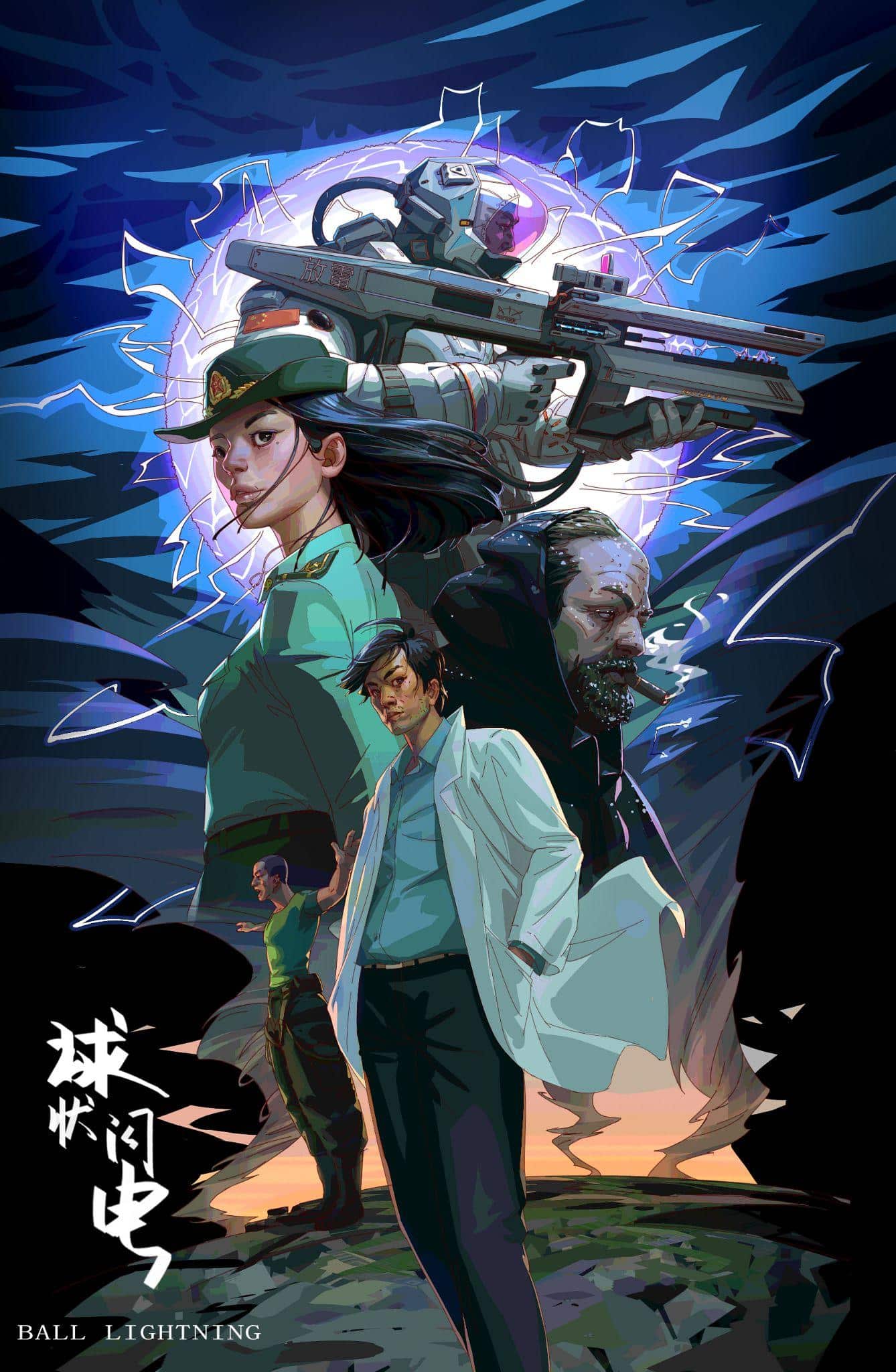 Hi Chen, congratulations on winning the “Most Popular” award! Could you share with us about how you came up with the concept of “Ball Lightning”?

Chen: Thank you! Actually, this piece is named after “Ball Lightning”, a novel by the Chinese author Liu Cixin. I’ve been inspired by this novel on many occasions and I’ve drawn some sketches based on the story in my spare time. The story content has many interesting points and has brought me an endless stream of imagination.

When I decided to draw a sketch based on “Ball Lightning” for ACG Jam, I thought to myself, “How can a simple image depict the entirety of Liu’s novel?” It was just too difficult to work out. Eventually, I decided to design a book cover inspired by the story to express my admiration for it, portraying all the main characters of the story in the cover.

Is this your first time working with anime-style art?

Chen: I’ve experimented with anime-style art in the past, designing male and female characters for a project a few years ago. Back then, I wasn’t sure if I had completely grasped the concept behind anime-style art but simply thought that it was pretty fun. This was a good learning experience.

Overall, this looks like a movie poster design or a book cover! How did you come up with the various elements (e.g. the characters and colors) and arrangement of this piece?

Chen: For the characters, I designed them based on how the author described his main characters, such as their features, attires, and ethnicity. The five characters featured in the piece are Dr. Chen, Navy Colonel Jiang Xingchen, Female Major Lin Yun, physicist Alexander Gmov, and a soldier equipped with a ball-lightning weapon.

While designing the ball lightning mentioned in the novel, I used some stylized methods to depict my own rendition of the ball lightning while drawing reference from real-life examples, since the phenomenon has actually occurred in reality. Based on my understanding of ball lightning phenomena, the occurrence of lightning is closely related to the climate, so I used cool blue tones as the base color of the artwork, but added some warm tones of dawn to reflect a glimmer of hope in the final piece.

One of Chen’s rough drafts of “Ball Lightning”

How long did it take you to sketch and color the entire piece, and what are some tools that you used to create “Ball Lightning”?

It took me around a week in total during my spare time to finish the piece. I did most of the sketching on an iPad, and moved to Photoshop for the line art and coloring.

If this project was expanded and made into something bigger with the help of other team members, what would you want to do to enhance this art piece?

If this project was expanded, I’d like to make individual art pieces for all the characters so that I can amplify each of their different character attributes and characteristics, and make them look more unique.

For example, Major Lin Yun is a soldier with a stoic, resolute character, and will do anything to achieve her goal, even to the extent of sacrificing herself. Her character and personality is more befitting of a beautiful, cold, behind-the-scenes military leader with a tragic past. 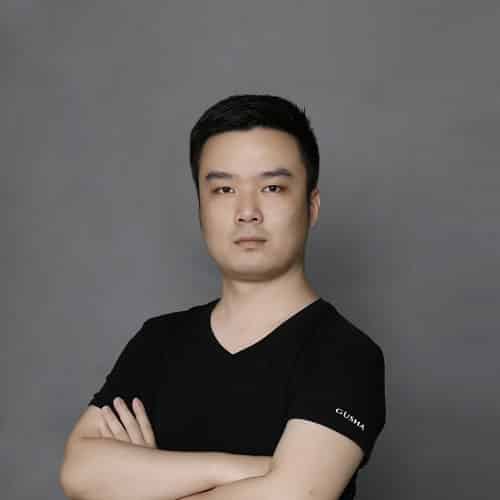 Besides Chen, a handful of artists also received accolades for their impressive submissions. One of them is Jing, a senior artist at Virtuos Chengdu, who submitted three vividly-drawn character sketches, bagging him the “Biggest Head-turner” award for this contest. We spoke to Jing to learn more about how he created his anime-inspired characters. 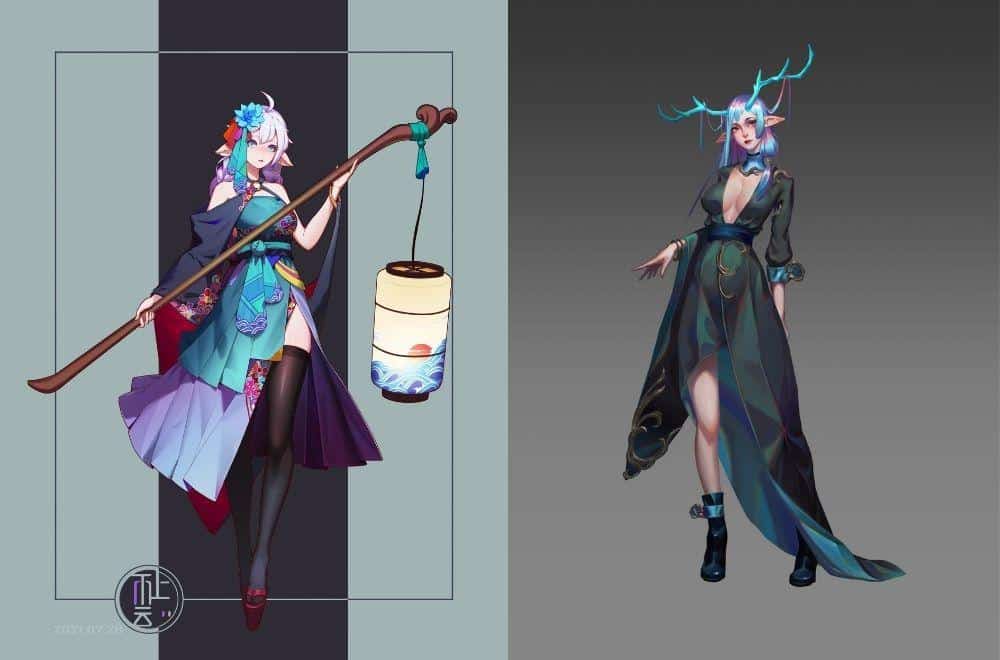 Hi Jing, congratulations on winning the “Biggest Head-Turner Award” for this contest! Could you share more about how you came up with the concept behind these art pieces, and your inspiration behind them?

Jing: Thanks! A significant part of my inspiration comes from artworks such as Onmyoji and Demon Slayer, which are two of many narrative settings that drove me to create my own stories and characters. While planning my pieces for ACG Jam, I came up with an imaginary world for my characters in which humans and demons lived together.

Is there a story behind the three characters that you designed?

Jing: When I create characters, I want to invoke curiosity in my viewers to wonder about who my characters are and what their backstory is. My three characters, “Fox Lady”, “Lantern Goblin”, and “Deer Nymph” originate from the same world. I imagine them to be otherworldly creatures such as fox spirits, goblins and nymphs living on the same continent, living their own lives, with their own stories. I designed each of them with slightly different styles as I wanted to experiment and try out more art styles to figure out which I preferred.

What was your thought process when designing the characters’ style, color arrangement and fashion choice?

Jing: During the concept sketching process, I spent some time imagining their personalities, living conditions and other environmental factors. Afterwards, I collected some similar reference materials, using them to piece together the image that I want in my mind.

For example, “Fox Lady” is a character based on a kitsune, also known as a fox spirit in Japanese. In Asian folklore, fox spirits are usually depicted as mischievous, full of trickery, and have the ability to disguise themselves as attractive beings. The character I drew was thus designed to be very beautiful and eye-catching, yet mysterious at the same time. Thus, I used several dark tones in the background to create a mysterious look, and dressed my character in feminine-looking and Asian-style clothes.

How long did it take to draw all three pieces, and what were some of the tools you used to sketch them?

Jing: It took me roughly 30 hours (in multiple sittings during my free time) to create each piece, so around 90 hours in total. I mainly drew them using Photoshop.

If this project was expanded and made into something bigger with the help of other team members, what would you want to do to enhance this art piece?

Jing: I’d definitely want to spend more time on world building and developing each character’s backstory further. If I had more time, I would like to create more interesting characters as well.

At Virtuos, we are committed to creating opportunities for our game creators to continuously learn and grow in various ways, through hosting art and game jams and providing structured and on-the-job training to aid their professional development.

Through internal activities such as our art jams, our artists not only have the opportunity to test their own abilities but also learn from each other and encourage their fellow teammates to further hone their craft.

“Besides promoting healthy competition, the great thing about having such contests is giving our artists a platform to flex their creative muscles outside project boundaries,” said Chan, our Art Studio Director at Virtuos Chengdu. This gives our artists an avenue to unleash their latent abilities which could otherwise stay unexplored.”